For CBS’ Criminal Minds, the end begins this Wednesday at 9/8c, with a two-hour Season 15 premiere that updates us on Rossi’s ongoing obsession with “the Joker to his Batman” as well as forces JJ and Spencer to address the elephant that for them has been standing in the room for a long, “sad” six months.

Showrunner Erica Messer shared with TVLine a preview of the hunt for the BAU’s final Big Bad, and how during this farewell run several agents will be led to ponder paths not chosen. Plus, which series vet’s expected encore actually won’t be happening during the 10-episode farewell run?

TVLINE | How goes the hunt for The Chameleon?
It’s been six months since the Season 14 finale and Rossi (played by Joe Mantegna) has been obsessed with finding the Chameleon. Rossi has been “down in the basement,” back to the roots of the BAU, in hopes of finding a connection he’s been unable to see. There has been some tension between Rossi and Prentiss (Paget Brewster) since we last saw them, and it’s completely fueled by Rossi’s drive to find Everett Lynch (Castle vet Michael Mosley).

TVLINE | The first half of the two-hour premiere has barely any JJ/Reid interaction. Does the second episode pointedly revisit the events of “Truth or Dare”? [In a TVLine poll, 47 percent reacted to JJ’s declaration of love with a “Woo-hoo!,” 35 percent argued that JJ (A.J. Cook) and Reid (Matthew Gray Gubler) have always been more like “sister/brother,” and the rest of y’all wanted the hiatus to chew on it.]
Yes, we wanted to dive into that as soon as we could and by the time the second episode is over, a lot is out in the open. 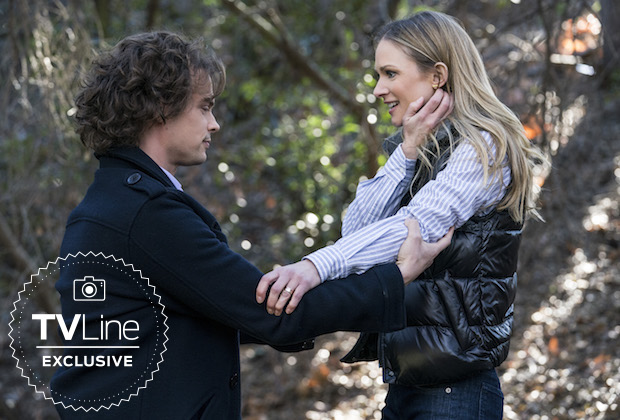 TVLINE | So, what have their conversations been like for the past six months…?
We all imagined it was just a little sad, that something had shifted between them and the comfort level of their friendship had been compromised. We didn’t want to spend our final 10 hours with them in a space they haven’t lived in before, so we pull them out of that funk and get them back on their feet as the closest of friends.

TVLINE | Will this be the sort of “TV final season” where all of the characters get reflective and consider other opportunities?
Everyone is definitely reflective because that’s what we’ve all been doing behind the scenes. It’s so unusual to work at one place for 15 years — it makes you wonder what you’ve missed. “What else is out there?” and how your skill set can help, even if you don’t report to the same office every day.

TVLINE | I imagine you have at least one or two returns planned for the final season. Would they necessarily be in the finale, or might they land elsewhere?
They’re in other places. Our finale ends up being such a freight train that it was hard to stop and have an emotional beat with a character coming back, but we were able to bring them back in other ways that will make sense once you see the finale. We have this amazing flashback to what I want to say is the season finale of Season 1, and it just makes me smile every time I see it, because not a single one of the team members is there anymore, except for Reid. It’s a nod to everybody who’s been watching all of these years. 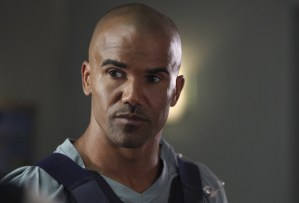 TVLINE | Are you naming any of the in-the-flesh returns…?
You’ll see Jane Lynch again [as Reid’s mother, in the second hour of the season premiere], I’ll give you that, but no….

I’ve been asked if Shemar [Moore] is coming back [as Derek Morgan], and it’s no. He’s very busy shooting S.W.A.T. Again, I wanted to be able to acknowledge the history of the series, certainly in that finale, and was able to do it in a different way.

TVLINE | Is there any sort of UnSub that you always wanted to get to that you got to check off in this final season?
Oh, that’s interesting. I don’t think so, in terms of a specific bad guy, but there’s an entire episode that Breen Frazier and Stephanie Birkitt wrote that’s called “Saturday,” and it’s “What is the team doing on a day off?” — and there’s a lot of fun in that. I mean, the truth is we still had to reign it in and it became an episode of Criminal Minds, but the whole intent for that was to be, “Let’s start off a little differently….”

TVLINE | Lastly, there has been some debate about the origin of the series finale’s title, which was revealed to be, “And In the End”….
It will all be clear in the final 10 minutes of the series. “And in the end… the love you take is equal to the love you make…” Those were the final lyrics ever recorded by the Beatles, a group the characters always loved.