The official one-sheet (exclusively obtained by TVLine and embedded below) finds the entire squad walking along the Brooklyn Bridge, looking like they mean business. If their expressions don’t make that abundantly clear (well, most of their expressions… we’re not sure what’s up with Hitchcock!), the accompanying slogan reads, “No More Mr. Noice Guys.”

The Andy Samberg-led sitcom — which has already been renewed through Season 8 — returns with an hour-long premiere on Thursday, Feb. 6, at 8/7c, consisting of two standalone episodes. First up is “Manhunter,” wherein Jake leads a manhunt after an assassination attempt on a city councilor. Meanwhile, Holt adjusts to his new position as a uniformed officer while working alongside his new partner, Debbie Fogle (played by SNL vet Vanessa Bayer).

Then, in the following episode, titled “Captain Kim,” Holt’s replacement (played by Bring It On‘s Nicole Bilderback) attempts to ingratiate herself with Jake and the squad by having them over to her house for a dinner party.

Following its Season 7 kickoff, Brooklyn Nine-Nine will air Thursdays at 8:30 pm, following new episodes of Superstore. Scroll down to see the new key art, then hit the comments and tell us if it gives you “chills, literal chills.” 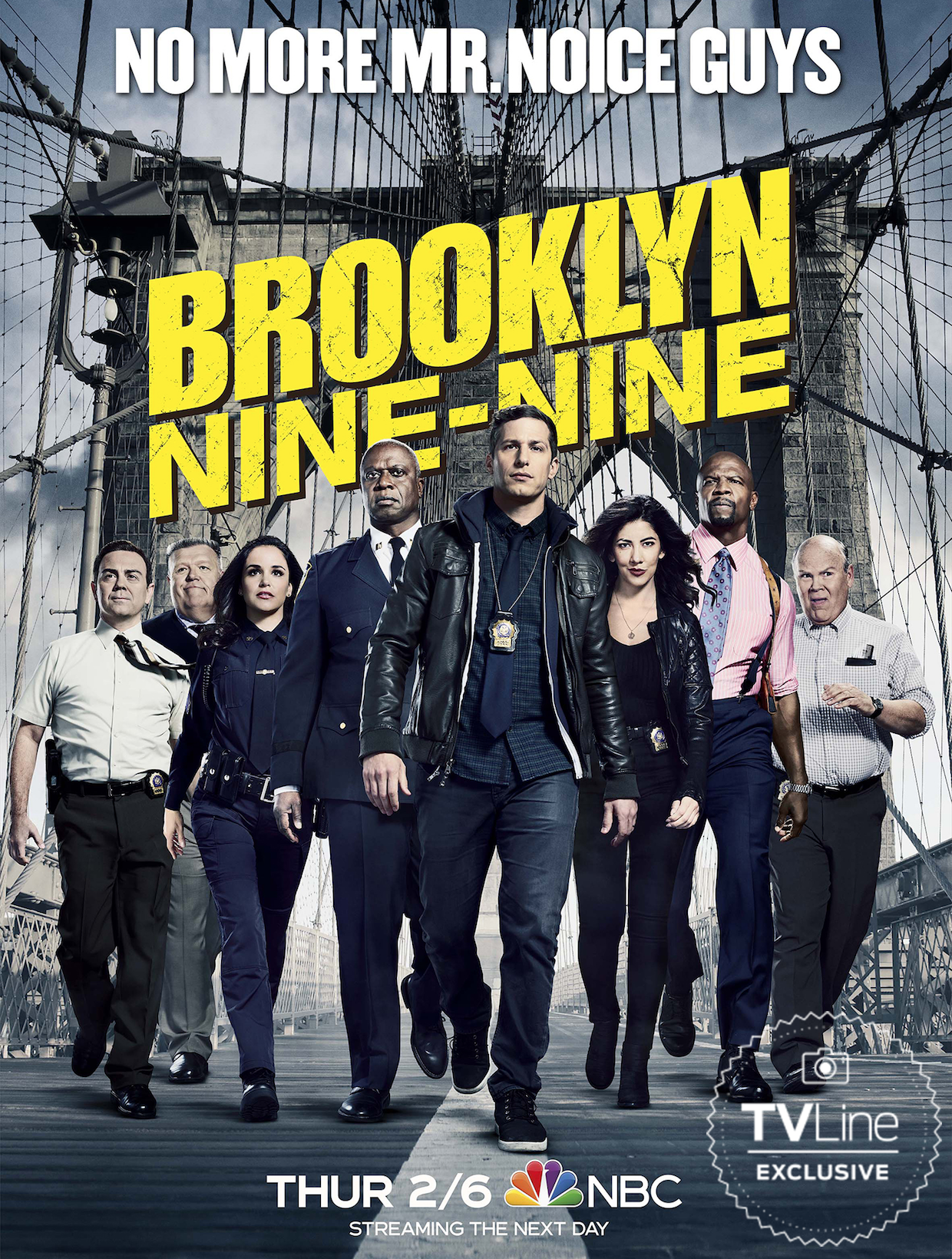