If you just finished watching the Season 2 premiere of America’s Got Talent: The Champions, you likely have a few choice words for the judges, none of which would make it past NBC’s Ricky Gervais-ready censors.

Monday’s two-hour premiere brought 10 of this season’s 40 returning acts to the stage, where the judges — Simon Cowell and Howie Mandel, along with returning judge Heidi Klum and new addition Alesha Dixon — were given the unenviable task of deciding which four acts would proceed to the semifinals.

In the interest of staying (somewhat) positive, let’s focus on what the judges got right: Klum, who was a sight for sore eyes after being M.I.A. for Season 14 of original-flavor AGT, used her Golden Buzzer on teen songstress Angelina Jordan, who won Norway’s Got Talent when she was just seven years old. Jordan’s ethereal rendition of Queen’s “Bohemian Rhapsody” was breathtaking, and it absolutely earned her a spot in the semifinals.

The show also correctly sent through Duo Transcend, whose gravity-defying audition had everyone in the audience on edge, and Dania Diaz, who used a card trick to tell her emotional story of leaving her home country to pursue magic as her full-time career.

Unfortunately, not everyone could earn a spot in the semifinals, and the following acts were eliminated at the end of the night: Mike Yung, the heartbroken crooner who began his singing career as a subway busker; Dan Naturman, whose comedy routine barely elicited a smile from the judges (even though Klum “wanted” him to be funny); and Eddie Williams, a 415-pound mountain of muscle who surprised everyone with a lovely rendition of John Legend’s “Ordinary People.”

We also said goodbye to Paddy and Nicko, a May-December dancing duo that blew everyone’s mind with a routine set to Jennifer Lopez’s “Let’s Get Loud.” Seriously, I was impressed enough that Nicko, at 45, was able to move like that — let alone Paddy, at 85(!!!), being thrown around like her limbs were made of actual noodles. Frankly, their elimination was suspect at best, an outrage at worst.

But while I’m able to forgive the show for that oversight, the judges’ final decision of the night was simply inexcusable. Here’s what went down: The panel was put on the spot to decide which of the three remaining acts would proceed to the semifinals — Hans, whose well-meaning performance of Lizzo’s “Juice” was ultimately unimpressive; Jack Vidgen, an Australian 20-something who overcame the perils of puberty and learned to embrace his new voice; and Junior Creative Dance, a Myanmar-based group that moved the crowd to tears with a shadow-puppet performance paying tribute “to the children who are innocent victims of war.” 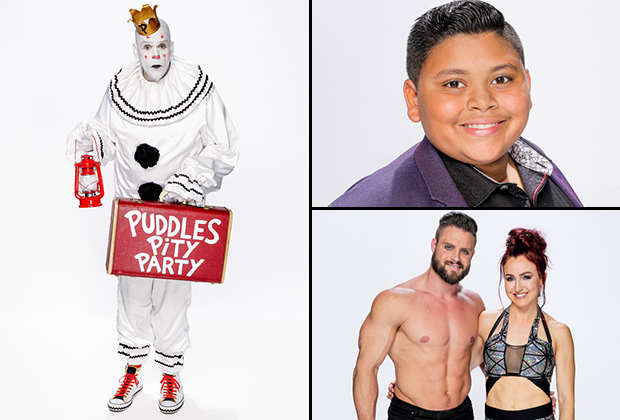 Cowell, who always has his eye on marketable young talent, gave his vote to Vidgen, while newcomer Dixon threw her support behind Junior Creative. Unfortunately, neither judge got their way, because Klum and Mandel — for reasons that truly escape me — doubled down on Hans, sending him through to the semifinals.

Were you as surprised as I was by Monday’s results? Vote for your favorite premiere acts below, then drop a comment with your thoughts on AGT: The Champions Season 2 thus far.