Can Lucifer pull off one helluva comeback? How will Rookie abduction affect her partner? How much longer is S.W.A.T. fave AWOL? How will “Crisis” affect Barry, Kate, Sara et al? Read on for answers to those questions plus teases from other shows.

Do you have anything on Lucifer, especially on how Lucifer and Chloe’s relationship is going to develop when he comes back from Hell? –Paola
“Wait, who says Lucifer is coming back from Hell??” co-showrunner Joe Henderson responds/teases. He then adds, “We can’t say much, but know that [co-showrunner] Ildy [Modrovich] and I are ‘Deckerstar’ fans ourselves, so we asked ourselves: For the final season, what do we want to see happen between Lucifer and Chloe? What haven’t we explored or explained yet? And we’ve tried to get all of that in Season 5,” which does not yet have a Netflix premiere date.

What can we expect from All American’s Olivia and Spencer in the second half of Season 2? —Baker
Showrunner Nkechi Okoro Carroll tells Inside Line that Olivia and Spencer will “find themselves on a collision course of sorts. Olivia finds her purpose and hones her voice through her new social justice podcast, while Spencer for the first time tries to figure out who he is without football. The two of them will end up playing a pivotal part in each other’s journey after a shared, major, life -changing event bonds them in an undeniable way.”

Hey Matt, the wait for the return of The Rookie is going to be a long one! In the meantime, do you have any intel on how Tim is going to react to Lucy being taken? –Beth
Not surprisingly, “Tim will be devastated by Lucy’s abduction, feeling like he pushed her towards the serial killer,” says showrunner Alexi Hawley. And as such, “He’ll do whatever it takes to find her before it’s too late.”

Anything you can tease about New Amsterdam’s Helen and Max? –Fowsia
“I will say that he can’t do this without Helen. And I think he needs her more than just about anyone in his life,” showrunner David Schulner answers. “And even if there were romantic interests or questions between them, would he really want to risk that friendship if it didn’t work? Whatever stuff they have between them, for me, it’s more powerful than a romantic relationship. It is truly a dependency and a gift to have someone in your life [who is] so supportive and someone who knows you so well. We put friendship on one side and we put romance on the other side, but I just think whatever they have between them transcends both.”

Anything on Manifest? –Judy
The final moment of Monday night’s Season 2 premiere is well worth the wait. Oh, and I cannot imagine anyone has correctly guessed what Ben has just learned in our #2020FirstLook photo. 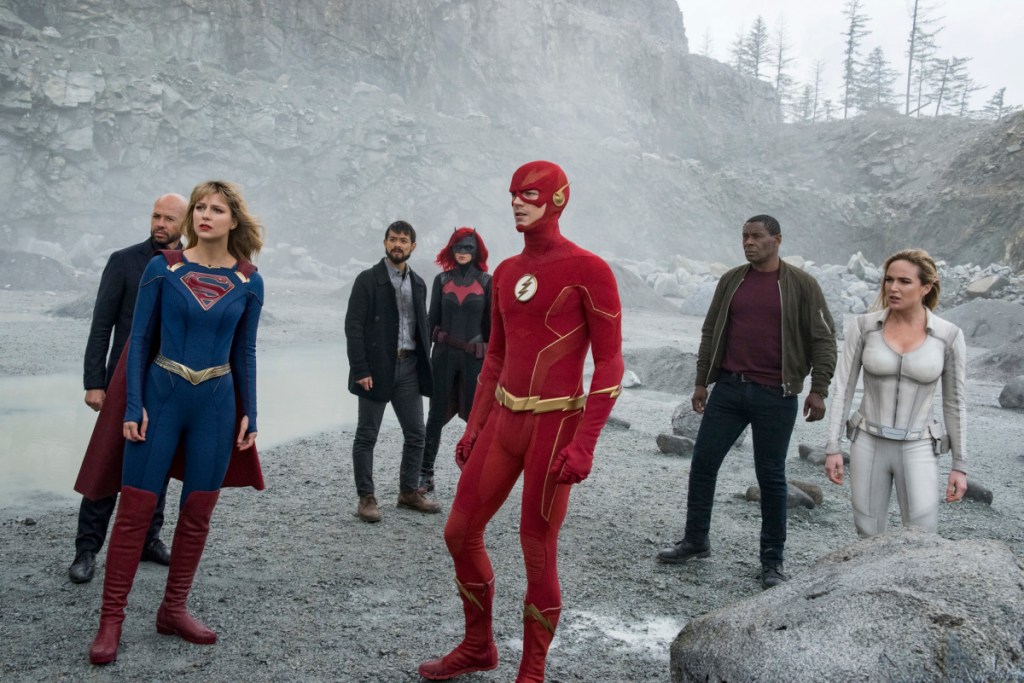 Anything about “Crisis on Infinite Earths” (which resumes and concludes Tuesday, Jan. 14)? –Jamie
Teasing the impact of the crossover on each of the five shows, Legends co-showrunner Keto Shimizu said, “It hits Sara pretty hard,” but “in a good way” that “sets up her trajectory” for Season 5; Supergirl co-showrunner Robert Rovner shared, “For us, it really resets a lot of what’s happening…. It’s fun to see what happens afterwards”; Caroline Dries said that although the Batwoman characters are in the dark about multiverses and powered superheroes, it nonetheless “will have a shocking resonance” for Kate; Arrowverse EP Marc Guggenheim hinted that during the remainder of the crossover, The Flash‘s “Barry will do something that is very significant, that will have ramifications for the remainder of Season 6”; while Arrow showrunner Beth Schwartz acknowledged that, unsurprisingly, “It changes, literally, everything” on the flagship series.

What’s going on with S.W.A.T.‘s Luca (played by Kenneth Johnson)? Will he back on the streets with the team soon, or is he leaving the show? –Melissa P
I relayed the concern shared by you and many others to S.W.A.T. EP Aaron Rahsaan Thomas, and he wrote back, “Luca is a big part of Season 3 moving forward. We will see him for the first time since [mid-November] in our very special upcoming Episode 313, entitled ‘Ekitai Rashku’ and scheduled to air the night of Wednesday, Jan. 29.” Thomas then stressed, “In the second half of this season, we will see Luca dealing with personal challenges unlike any he has ever faced, so stay tuned.” 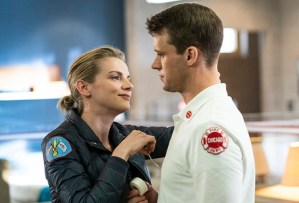 Will Casey be getting a story of his own this season on Chicago Fire? –Sarah
Showrunner Derek Haas hears your cries for more Casey plots. “I’m like, Casey went and got Gallo! That was all a big Casey storyline, but you don’t think about it because I guess Severide’s off doing his own office of fire investigation thing. To me, it’s balanced.” Haas notes that the captain “didn’t have a romantic storyline the way Severide and Kidd have. He had more of a mentoring storyline… and we want Casey to be subsuming the Boden philosophy on how to be a leader.” But rest assured, “there will be a lot more coming for Casey,” Haas says. “He will be having his own storylines and arcs and all those kind of things. And he will be a big part of the season finale when we get there.”

Any fun scoop on Shameless‘ Mickey and Ian? In the past episode, Ian doesn’t sign the marriage license, and it looks like Mickey is moving on in the next episode. —Christine
All I know is that in this Sunday’s episode, a miscommunication between Ian and Mickey will have disastrous consequences.

Any info on Criminal Minds‘ Reid? –Emilie
Oh, man, the second half of the two-hour final-season opener airing Jan. 8 is quite a showcase for Matthew Gray Gubler, for multiple storyline reasons. One of his best episodes ever.

When will the Chicago Med audience will get more information about Dr. Marcel’s background? –Laurel
Without spoiling so much as even a timeline, showrunners Diane Frolov and Andrew Schneider promise, “Yes, we will slowly dole out Crockett’s backstory.” 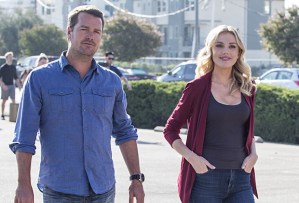 Do you have any info on NCIS: LA (which returns Jan. 5)? –Maria
THIS JUST IN…. A late-February episode will feature the return of Hetty, as well as Anna Kolchek. (Both women are concerned about Callen’s future after the Comescu name resurfaces in European intel that concerns a trail of eep, executions.)

Is there a Deeks-centered episode coming up on NCIS: Los Angeles? –Diane
When last I ran your Q by showrunner R. Scott Gemmill, he said, “We’re still shaping the end of the season, so anything’s possible at this point.”

Anything new about Good Trouble‘s return?  –Dana
For would-be more-than-friends Davia and Dennis, “It’s now or never, ultimately, because there’s a possibility of moving on and someone else coming into the picture,” executive producer Joanna Johnson shares. “There’s definitely going to be movement on that in the next season (premiering Jan. 15), one way or the other, because there’s always that threat of someone else coming along.” 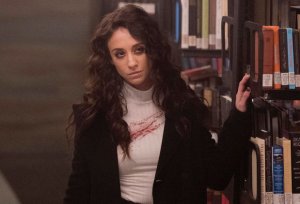 Did Stella Maeve’s pregnancy have any affect on her Magicians storyline this season (premiering Jan. 15)? – James
Showrunner Sera Gamble shared with Inside Line that “as soon as we heard Stella’s happy news, our team of seasoned pros all chimed in with things they’ve done on other shows to hide [pregnancy] bumps. So spotting the cheats will be a fun game for viewers who know. Commenting beyond that would be spoilerific, so we will just say: Julia has a very busy, quest-filled season with lots of surprises.”

Real questions from real people get real answers! If you want the Inside Line on a favorite show, email InsideLine@tvline.com! Remember, questions left in Comments will not be read and may count against your final score. (With additional reporting by Vlada Gelman.)