We’ve already unveiled the first batch of our Year in Review round-up awards — but that was really more of an appetizer.

As our reflection on 2019 continues, we’ve got nearly 70 (!) more honors to bestow upon this year’s small-screen efforts. Among the categories featured in our second wave: the best TV couples (romantic and otherwise!), the most improved character, our favorite comedy duo, the wildest fight scene and the cancellation that broke our hearts, to name but a few. 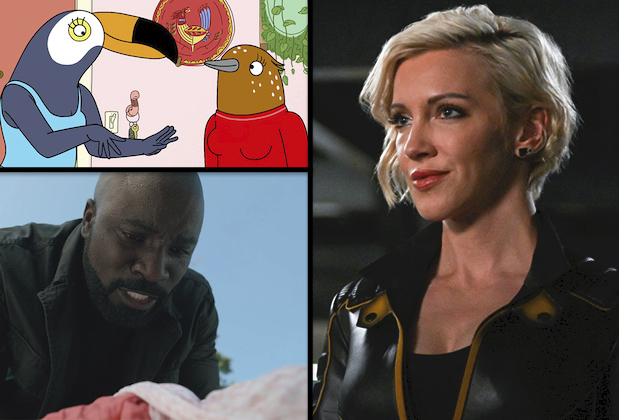 Of course, we also have a few demerits to give this year’s shows, as much as it pains us to do so. In the gallery embedded at right, you’ll also find our picks for the lamest cameo, the reboot or revival idea we’re least excited about, the most frustrating character and the most convoluted storyline, among others. (And if you’d like to catch up on Part 1 of our awards before diving into the second half, look no further.)

OK, enough from us. Scroll through the attached gallery — or click here for direct access — to see our second wave of winners and losers, then drop a comment with your own contributions!

Still to come in our Year in Review: Dumb Things TV Did, Best and Worst Series Finales, Biggest Controversies and much more!