Nominations for the 77th Golden Globe Awards were announced on Monday by the unlikely trio of Tim Allen, Dakota Fanning and Susan Kelechi Watson. Now, it’s time to talk about the names they didn’t call.

With approximately 8 million scripted TV series (and counting) currently competing for our attention, we’ve accepted that even some of our personal favorites are bound to be snubbed when award season rolls around, so it’s time to hand out a few honorable mentions. Specifically, we’ve assembled a list of the 20 shows and stars that delivered Globe Globe-worthy (or at least Golden Globe nomination-worthy) material this year, but failed to score a nod.

Don’t get us wrong, we’re happy for this year’s crop of nominees — just check Michael Ausiello’s snappy judgments for his own personal highlights — but some of these omissions are simply egregious. (Come on, no love for Schitt’s Creek, Watchmen or When They See Us?) 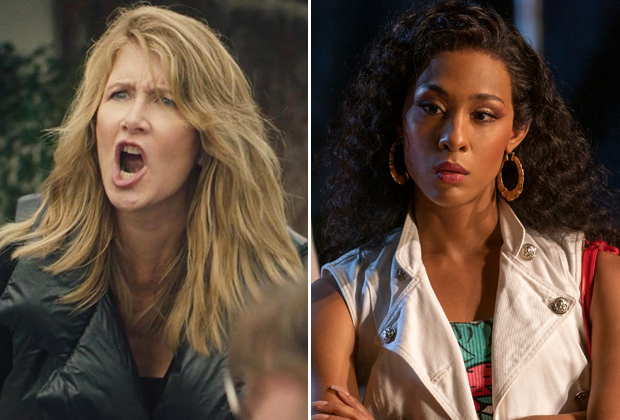 Hosted by comedian Ricky Gervais for a fifth time, the 77th Golden Globe Awards will air Sunday, Jan. 5 at 8/7c on NBC. In addition to the awards announced today, Tom Hanks will also receive the Cecil B. DeMille Award, while Ellen DeGeneres will take home this year’s Carol Burnett Award.

Peruse our gallery of the Globes’ biggest snubs — you can click here for direct access — then drop a comment with your own personal slights below. Which shows and stars would you add to our list?