In exactly one month, the Gilmore Girls and Parenthood vet’s new NBC musical dramedy Zoey’s Extraordinary Playlist will make its debut — and we have two exclusive new images of her from the premiere episode. (And we also have footage of her singing!)

As previously reported, Graham will play the role of Joan, a female tech pioneer that runs the office where Zoey (Suburgatory‘s Jane Levy) works. She replaces Carmen Cusack, who played the character in the pilot.

The gig brings Graham back into the NBC fold following her six-season run on Parenthood, a show which, coincidentally, she also joined as a recast (she replaced Maura Tierney as single mom Sarah Braverman). Playlist marks Graham’s most significant TV role since 2016’s Gilmore Girls revival on Netflix. She also recently appeared in a multi-episode arc on Curb Your Enthusiasm. 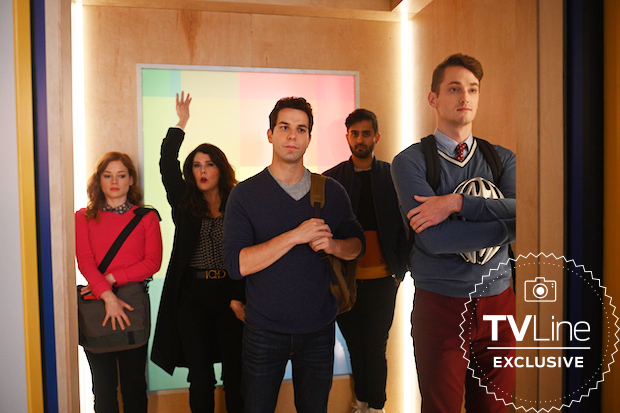