THE PERFORMANCE | Rare are the occasions when Highmore gets to wear emotionally stunted Shaun’s heart on his sleeve. But when he finally confronted his dying father in Monday’s midseason closer, the actor got, and made the most of, a showcase for the ages.

It was in the immediate aftermath of Ethan’s half-hearted apology that Highmore first erupted, allowing Shaun’s anger to manifest itself not only in his line delivery but in his body language. His torso shook as Shaun hovered over Dad and made known his resentment for the years of abuse that had tangentially led to Steve’s demise. “You killed my brother, so I don’t care if you’re dying,” he exclaimed. “I don’t care at all.” The fervor with which Highmore delivered those words conveyed just how much pain Ethan had caused his boy.

After that, we didn’t think we could hurt any more for Shaun — that is, until Ethan not only told him that he was a “weak, spoiled little baby” but that he was the one responsible for Steve’s accident. In that moment, Highmore adjusted his posture and crossed his arms as if to shield himself from his father’s verbal blows. But even more heartbreaking was his reaction to Ethan’s eventual death. He broke down and started to hit himself before Lea ran in and put her arms around him. It was the most vulnerable we’d ever seen Shaun — and the best we had ever seen Highmore. 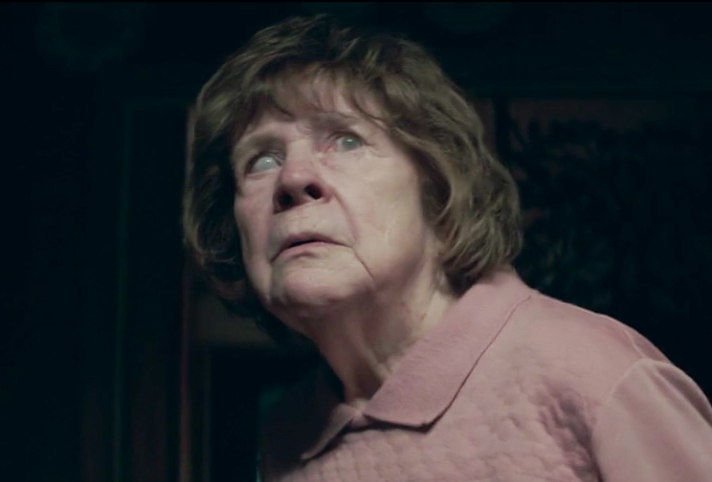 HONORABLE MENTION | Marylouise Burke only appeared in a few scenes during Prodigal Son‘s fall finale — but that was all it took to leave a bone-chilling impression. As Matilda Watkins, the grandmother of the elusive Junkyard Killer, Burke kept us guessing as to whether this lonely blind woman could really be trusted; Matilda was just kindly enough to earn our sympathy, but something more insidious threatened to peek out at any moment. Later, our fears were confirmed when Matilda revealed her true wickedness, practically grinning with glee at her grandson’s murderous streak, and the way Burke spat lines like, “My Johnny takes out the trash!” might just leave us with night terrors of our own. 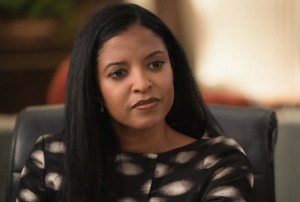 HONORABLE MENTION | We may never look at a “Lemonhead” candy again without tittering, given how Renée Elise Goldsberry gleefully pronounced opposing counsel’s last name during her highly entertaining Evil debut. As legal eagle Renée Davis, the Good Wife alum vibrated at a fun frequency we hadn’t yet seen on the show, bringing a clear zeal to her self-appointed defense of David against an allegedly botched exorcism. Whether cheering on Kristen and the unique POV she brought to the defense, bombarding the aforementioned Miss Lemonhead with well-deserved zingers, or igniting a palpable heat with Mike Colter’s David, Goldsberry instantly established Renée as a memorable character in Evil‘s fascinating world. 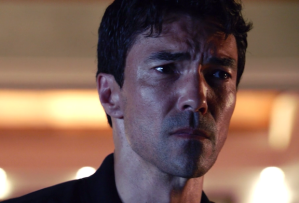 HONORABLE MENTION | Whenever a character on a procedural is compelled to “go rogue” — and let’s face it, that’s at least once-a-season on any given CBS drama — our investment in the moral quandary is directly correlated to the performance at the fore. In that regard, Ian Anthony Dale delivered as Hawaii Five-0‘s Adam threw himself into the law-bending hunt for Tamiko’s kidnappers. We may not have witnessed the romantic turn Adam’s relationship with Masuda’s daughter took, but Dale sold us on it via the intensity of Adam’s pursuit. He also made clear the lawman’s internal conflict, when hesitantly masking up for an abduction of his own, but most of all at episode’s end, when Adam got a call from the last voice he needed to hear, Steve’s, fresh off realizing his role in an innocent man’s unwarranted execution.