Listen up: There’s a new sheriff in town.

Or, at least, there will be when Fox’s Deputy premieres on Thursday, Jan. 2, at 9/8c. But until then, we’ve got your exclusive first look at the official cast portraits.

The gallery below introduces Bill Hollister (played by True Detective‘s Stephen Dorff), a fifth-generation lawman who — thanks to a little-known rule in the county charter — suddenly finds himself in charge of the Los Angeles County Sheriff’s Department after the elected sheriff dies. Bill is a true good guy who only wants justice… but his aims don’t always match with those of local politicians. 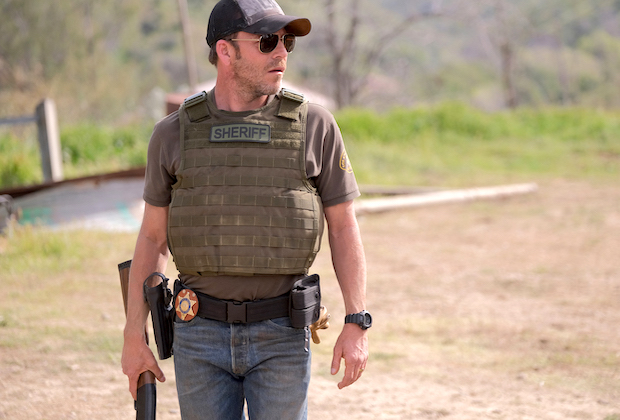 Deputy was created by Will Beall (Castle) and is executive-produced by David Ayer (Training Day) and Kimberly Harrison (Criminal Minds), among others; Harrison also serves as showrunner.

Click on the gallery at right to get your first good look at Deputy‘s cast, then hit the comments: Are you planning to watch?