The Good Doctor is closing out its fall run with a monumental family reunion: Michael Trucco (Battlestar Galactica) and Joanna Going (Kingdom) have been cast as Shaun’s long-estranged parents, Ethan and Marcie Murphy — and TVLine has your exclusive first look at their debut.

In the ABC drama’s fall finale, airing Monday, Dec. 2 at 10/9c, Shaun visits Ethan on his deathbed (!), and the reunion yields “unexpected results,” according to the official logline. The photos above and below show that Shaun is accompanied by Glassman and Lea, who are there to provide emotional support.

“From the beginning, we have talked about Shaun’s relationship with his parents,” executive producer David Shore tells TVLine in the lead-up to the episode. “He has certainly cut them off, [but] none of us can truly cut ourselves off from the past. The past is part of us, and that’s what we wanted to explore here.” 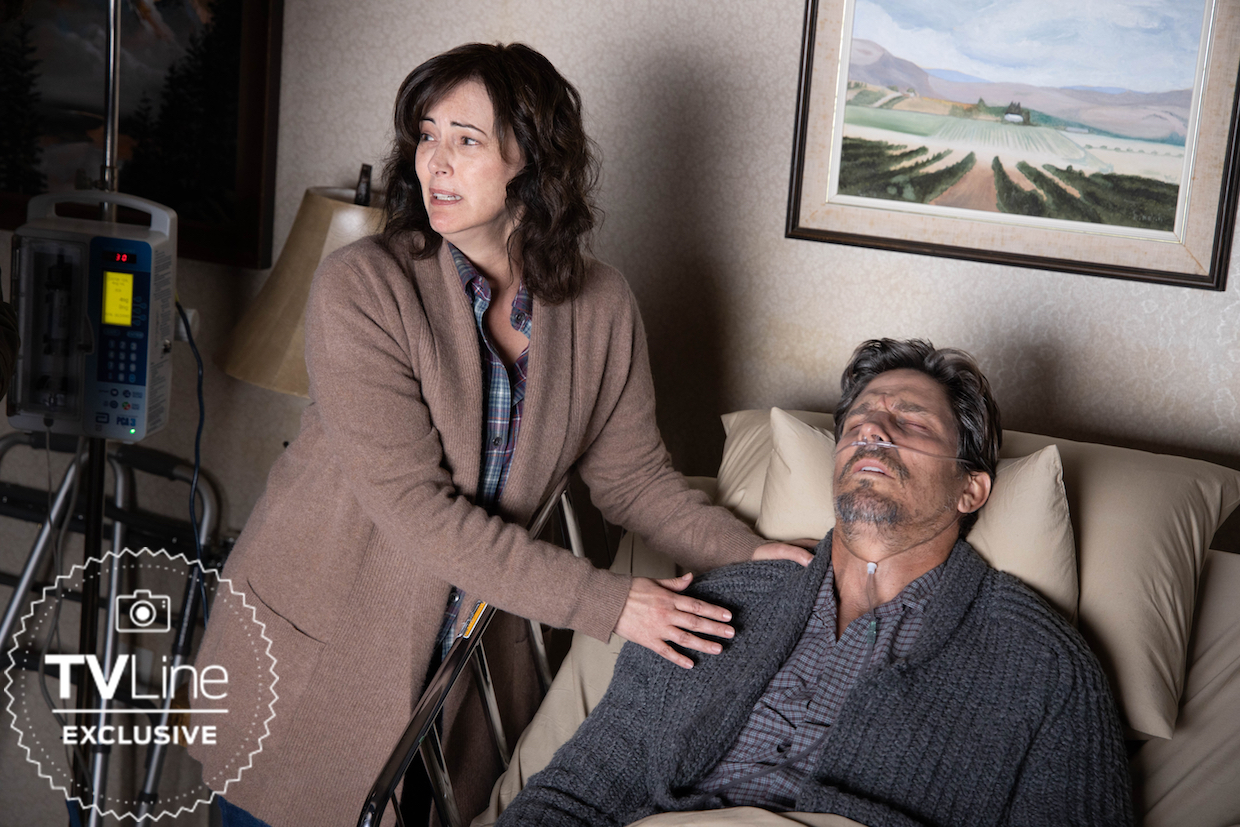 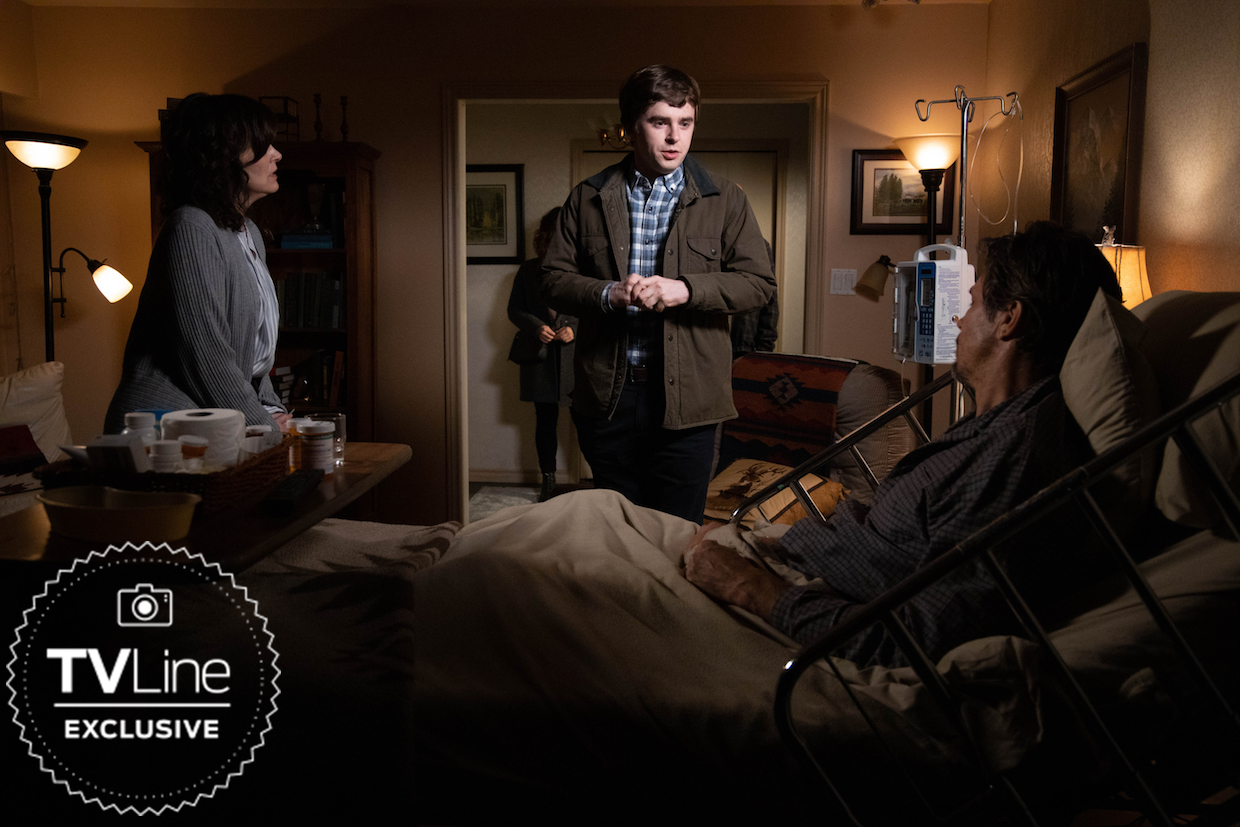 Trucco and Going are both recasts. They succeed Kirby Morrow and Rebecca Husain, who played Ethan and Marcie in a pair of Season 1 flashbacks.

Shaun mentioned Ethan as recently as the Nov. 11 episode, “45-Degree Angle.” In the closing scene, he told Carly how Dad would always send him to his room because his poker buddies would tease him and say that his voice was “funny.” That, of course, is nothing compared to when Ethan killed (!) Shaun’s rabbit, which was shown in the series’ very first episode. Dad’s abusive behavior eventually led Shaun and his brother Steve to run away from home.

Are you looking forward to (or perhaps dreading) Shaun’s family reunion?