THE PERFORMANCE | Rome Howard has had a tough year. Consequently, Malco has had a great one — especially in terms of how he’s so carefully and powerfully mined his character’s journey with depression.

This week’s episode threw another boulder in Rome’s path: the death of his mother, with whom he was very close. Malco made his character’s grief believable, nailing the hairpin turn from his long-running ire against brother Omar to his sudden shock upon hearing the bad news about Mom. Rome’s mourning didn’t take the form of overwhelming sobs or angry outbursts; instead, Malco shaped it into a softer, more restrained thing that hit us hard as we watched him take Rome through the process of honoring his father’s desire to honor his mother.

Malco was stellar during Rome’s graveside eulogy, his voice resolute — though occasionally choked by tears — as he paid tribute to the woman who raised him. But we were most moved by his quiet reassurance to Regina near the end of the episode. As Rome told his wife that his grief was different from the depression he’s so recently climbed out of, Malco somehow managed to make the moment a hopeful one: He stood firm, eyes clear and face relaxed, as he stated that he wasn’t in the abyss he’d been in around the time of Jon’s suicide. Weaving that slender thread of optimism into such a fraught discussion was no easy task, and Malco made it seem as natural as breathing. 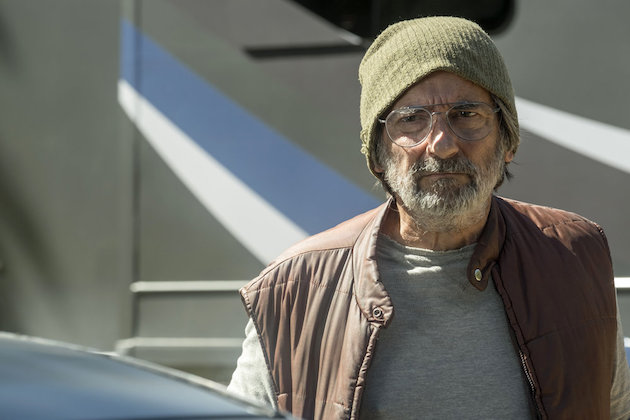 HONORABLE MENTION | This Is Us‘ Uncle Nicky reached a turning point in Tuesday’s episode, and it was incredibly satisfying to watch Griffin Dunne bring his character to a place of true healing and growth. Ever since he was introduced as Jack’s long-lost brother, Dunne has reveled in Nicky’s acerbic nature; his clipped speech, angry glances and overall go-away vibe made it clear how much the irascible Vietnam vet wanted to be left alone. But in this week’s hour, Dunne conveyed exactly how recovery, therapy and love have mellowed Nicky into the kind of man who is able to stand in a courtroom and reflect on how much he’s changed. Dunne’s tone was gentle, warm and positive, making us excited to see how this new Nicky will play with the rest of the Pearsons at Thanksgiving. 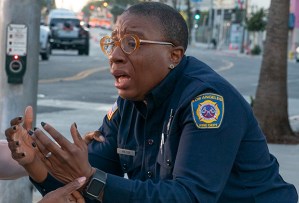 HONORABLE MENTION | Some of television’s most powerful performances, much like some of life’s greatest tragedies, often come out of nowhere. 9-1-1 gave us a bit of both on Monday’s episode, which ended with a six-minute sequence of pure horror for Hen. After accidentally hitting a young driver with the ambulance, the formerly unflappable first responder suffered a complete breakdown, gradually losing control of her faculties until she collapsed from emotional exhaustion in Athena’s arms. Aisha Hinds barely uttered a complete sentence throughout the entire ordeal, but her haunting expressions conveyed more than words possibly could. 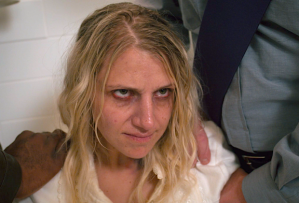 HONORABLE MENTION | The effectiveness of any Evil episode is largely rooted in its Demon of the Week, and guest star Annaleigh Ashford was immensely unnerving as a woman suspected of multiple murders — if only because she gleefully confessed to them! The trick was coaxing Bridget — that is, the demon dubbed Howard — into dishing on the kills, because after starting to share, he got wise to Kristen’s agenda. “Here comes the child psychology. Do you best, bitch,” Ashford spat, her voice partially modulated into a taunting growl. Ashford darted and rolled her eyes, contorted her face into ghoulish grins and menacing glares, as Howard gloated over his ghastly spree: “I couldn’t make out their last names. It’s too hard to talk when you’ve got blood in your mouth!” Later, when David tried to make Howard cop to any future kills, Ashford violently gasped and convulsed, before slumping into a near-catatonic lump. Consider us shook, too.