Let’s hope This Is Us‘ Beth has a lot more red wine stashed in her pantry, because this season’s Thanksgiving episode — which airs Tuesday (NBC, 9/8c) — is gearing up to be equal parts awkward and heartbreaking.

“It’s messy in all sorts of different ways with the different family members,” star Griffin Dunne tells TVLine. “With very big families, there are some who get along with others or who have issues with others. There’s a lot of splitting off into different factions.”

The most recent episode found Rebecca arriving in Philadelphia early in order to spend some time with Randall in his new city. But the visit soured when Randall’s concern over his mother’s apparent cognitive issues caused her to become angry and defensive. Meanwhile, Beth quickly (though not eagerly) agreed to invite Deja’s biological mother, Shauna, to the holiday feast; Kevin and Nicky also will attend. And a preview that aired as the credits rolled Tuesday hinted that Rebecca might become disoriented while out on a walk by herself in the unfamiliar city.

Dunne adds that the holiday goings-on are “surprising,” and that the hour — which is titled “So Long, Marianne” — “doesn’t follow a Thanksgiving-meal-dysfunction cliché.”

The actor and castmate Lyric Ross gave us a heads-up about what to expect when the Pearsons gather for their fall feast (which doubles as the series’ fall finale). Prepare yourselves for: 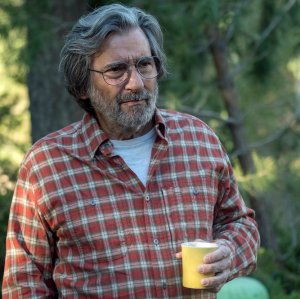 A WHOLE NEW NICKY | Nicky’s appearance in court “is a real turning point” for him, Dunne says, which leads to “a real evolution.” He adds that the metamorphosis will be evident when he reunites with the rest of his brother’s family: “By Thanksgiving, people will see, ‘Wow, this guy’s come a long way from when we first saw him.'”

AWKWARD SILENCES | That said, it’s not like a hearty meal and some football on the TV can ease all of the strain of many years apart. “There’s a moment in this particular episode that mirrored something I had seen, that I draw from,” Dunne explains. “I knew someone that had been estranged from their family for decades. They had their rapprochement, and over Christmas, he goes and sees at his parents’ house that there are no pictures of him, because he wasn’t around to have pictures.” The absence from his family’s recorded history made sense, the actor adds, “but it also hurts like hell. So that’s a taste of the conflicted feelings that Nicky has about being with this family he doesn’t really know — nor do they know about him.” 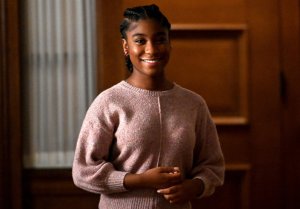 SIDE CONVERSATIONS | Ross says Deja and her adopted mom get some time during the holiday episode to “talk about everything that’s been going on, how life has been treating Shauna.” The result? “A lot of mixed emotions.” Ross reminds us that last Thanksgiving was her character’s first with the Pearsons; even though she’s grown to love them, she says, “she really misses being home with her mother.”

MAYBE A SURPRISE GUEST? | Yes, we know that Cassidy bid Kevin goodbye in this week’s hour. But what would a Pearson holiday be without someone unexpected showing up? When we ask Dunne whether the military vet would be in attendance at the Philadelphia dinner, he laughs and says, “I don’t think I can say.” —With reporting by Vlada Gelman