THE PERFORMANCE | True story: We almost named Blackk Performer of the week back in September, when his debut as This Is Us‘ Malik confirmed that the When They See Us actor was a bona fide star-in-the-making. But we’re glad we waited, because this week’s episode of the NBC drama gave Blackk an even better opportunity to show everyone exactly how good he is.

As Malik and Deja skipped school for an impromptu tour of Philadelphia, Blackk let his character’s growing affection for Randall’s daughter shine through every gesture. His wide smile, his quick laugh: Like his frequent scene partner (and previous Performer of the Week) Lyric Ross, Blackk is so incredibly natural on camera that it’s not hard to lose yourself in Malik and Deja’s story of young, new love. Blackk marched Malik through the City of Brotherly Love as though he were its mayor, giving off a genuine charm — the glad-handing scene in the cheesesteak shop, for example — that was really endearing.

But the scene in the park, when Malik fervently tried to convince Deja that he was not playing any games with her, was Blackk at his heartfelt best. He dropped any kind of slickness he’d lent Malik, letting the character’s shame over getting his ex-girlfriend pregnant — and how that had disappointed his entire family — bleed into every word. Blackk’s performance was a tender, earnest gem. And he’s only 18 years old! Blackk is one we’re really looking forward to watching for years to come. 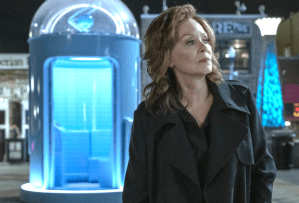 HONORABLE MENTION | Sunday’s Watchmen elevated the fledgling series to a fantastic new level, courtesy of Jean Smart‘s entrance as superhero-turned-FBI-agent Laurie Blake. Smart’s take-no-crap, nothing-surprises-me sensibility perfectly matched what we know of Laurie — aka the former Silk Spectre II — from the comics; every exhausted sigh or flat look from Smart communicated that Blake was a woman who is deeply tired of costumed vigilantes. The hour’s greatest revelation, though, was the actress’ delivery of that monologue in the booth: Smart was so damn good in those scenes, her tone striking the perfect balance of bitterness, longing and regret. Can Smart just be in everything? Please? 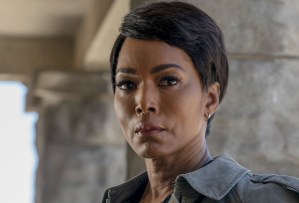 HONORABLE MENTION | 9-1-1‘s origin episodes always pack a particularly potent punch, but Monday’s look back at Athena’s early days on the LAPD was especially engaging, thanks in no small part to Angela Bassett‘s powerhouse performance. It didn’t matter that we’d never heard of Emmett, the ex-fiancé whose murder she was trying to solve after almost three decades; Bassett made us care about him as if he’d been a part of the team since Day 1. And the speech she delivered to his killer (“We managed to put the pieces back together, but there will always be cracks”) was some of her finest work yet. Frankly, the fact that we get to experience Bassett on a weekly basis in a network TV drama is a gift. What a time to be alive. 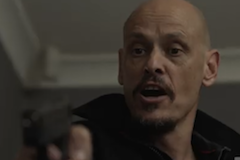 HONORABLE MENTION | Between his brother’s declining health, getting dumped, and watching his friend Dirk kill himself, life’s been tough lately for Mr Inbetween’s Ray. And in this week’s episode, when Dirk’s daughter was kidnapped, Scott Ryan expertly portrayed Ray as a man who’s pissed off and tired of taking hits, rather than doing them. As Ray searched a store, berated a stupid employee and contacted his colleagues for help, Ryan injected Ray with an energy that was both tense and frantic. Once the girl was safely returned, Ray headed to the kidnapper’s house and deliberately walked down the stairs to where the goon and his crew were tied up. Ryan gave Ray a vengeful expression and rigid body language that made one thing very clear — those people will never take another child again. Ryan’s performance throughout the episode was a nerve-wracking journey that put Ray back in control, even if for just for a moment. 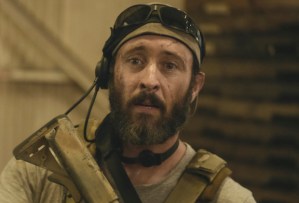 HONORABLE MENTION | Not only did Alex O’Loughlin write and direct a pivotal hour from Hawaii Five-0‘s 10-season run, he also delivered one of his most measured, moving performances. At the climax of story you had to think was leading to a pat “Doris only faked going rogue!” resolution, Steve instead realized that Ma had broken bad, to claim a payday that would make her sacrifices for the CIA worth it. Hearing her rationale, Steve scoffed, “I love you, but I can’t cosign this pathology” — yet when Doris was brutally gutted by her cartel crony, O’Loughlin made us feel every ache in Steve’s heart, as the tough guy bellowed, “Mom!” Later, when Danny noted that Doris stashed her score in a bid to do right by her family, Steve lamented, “I just wish she realized that all she had to do was get on an airplane and come home,” before observing: “We don’t get to live life on our terms; it’s life on life’s terms… or not at all.”