The Philadelphia city councilman finally gives us a glimpse that he’s truly a shrewd politician at heart during this week’s This Is Us, which unfolds on three different golf greens in three different time periods. And yes, in one of those periods, Randall acts like he knows nothing in order to get something he really wants. It’s a sweet win for the usually-too-earnest public servant. Sadly, though, “It’s in the Way That You Use It” is cued up not once during the episode.

Way outside the City of Brotherly Love, Kevin buys a new bumper sticker for his mobile home: “If this RV’s a rockin,’ don’t come a’knockin… because two people with major issues are making a seriously bad choice inside.” OK, Kev doesn’t actually purchase that and affix it to his trailer. But he SHOULD. Because they ARE.

And in the past, Rebecca’s dad gets even realer with his future son-in-law. Read on for the highlights of “The Club.”

IN WHICH JACK MAKES THINGS WORSE | In the early days of their relationship, Jack drops Rebecca at her folks’ house and runs into her father, Dave, who’s about to head over to the country club for some golf. He invites Jack, who demurs, but Rebecca encourages her man to bond with her dad, so he goes.

The outing is awkward from start to finish, beginning when Mr. Malone has to buy Jack a course-appropriate outfit because his jeans and Henley just won’t do. Then they wind up joining some of Dave’s friends. One does something kind of related to house construction, so Dave keeps pressing the friend to have Jack in for an informational interview. Jack keeps saying no. Jack also keeps knocking back gin-and-tonics. So the end of the afternoon, he’s noticeably drunk.

That’s when Dave pulls him aside to tell him that he can envision Rebecca’s future wedding at the club so clearly. “Question:,” the older man asks Jack, “Do you see yourself here?” They get home before Jack has an answer. “I’m gonna marry your daughter,” Pearson says, going on to describe his hopes for their home and their life together. “So let me ask you: Do you see yourself there?” Not gonna lie, Jack: That speech would’ve been 90 percent more impressive if you weren’t slurring your words. “You’re never going to be good enough for her,” Dave says, and the two men are on the verge of coming to blows when Rebecca interrupts from the doorway. Jack has had so much to drink that he literally falls down after tripping over his own feet; Rebecca gently tells him she’s going to take him home, and Dave looks on in worry mixed with disgust. 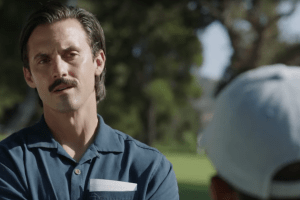 PUTTING IN THE ROUGH | In the era when The Big Three were in middle school, Jack starts to grow a little… wary? jealous? of Randall’s growing closeness with his teacher Mr. Lawrence. So when Papa Pearson notes Randall’s growing interest in up-and-coming golf phenom Tiger Woods, Jack offers to take his son golfing the next day after school.

But Jack’s attempts to bond with his son, though well-meaning, are way off base. Jack recalls not feeling comfortable on the golf course with his future father-in-law, and tells his son never to let anyone make him feel that way. But Randall (rightly) points out that feeling out of place because of your socio-economic circumstances and not actually being permitted somewhere because of the color of your skin are two different things. He then asks why they quit the black dojo but haven’t let him quit baseball or soccer. Jack counters by saying, “I don’t see color” when he looks at Randall. “I see my son,” he says, trying to smooth it over. But that won’t fly, either. “Then you don’t see me, Dad,” the preteen says, asking to go home. 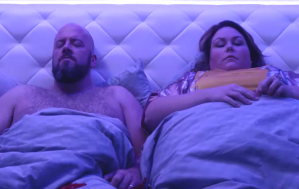 WHOOPIE WHOOPSIE | Kate and Toby haven’t had made love since she got pregnant, and it’s really starting to wear on their relationship. So they ask Rebecca and Miguel to babysit so the new parents can escape to a hotel room for some weekday sex. Problem is, though, that Toby’s little Damon doesn’t want to party… and Kate assumes it’s because her newly thinner husband is no longer attracted to her. And when she finally asks him if that’s the case, he says no — but then defeatedly admits that her hesitation to get on board with him getting rid of his bigger clothes earlier in the episode felt like she didn’t have confidence in him to keep the weight off.

They come home still mad, but then she takes a pair of scissors to some of his big pants to show how much she believes in him. They kiss and make up, then retire to the bedroom to have a quickie before Miguel and Rebecca return with the baby.

THE BIG FAKE-OUT | The councilman Randall bailed on twice is now freezing him out, refusing to meet to talk about Randall’s proposal to put a grocery store in one of the city’s food deserts. But our man is determined to be heard, so he edges his way into a conversation about golf and winds up inviting his adversary and two other politicians to a tee time at an exclusive club.

Randall spends most of the day apologizing for his rough golf skills, and eventually the older councilman takes pity on him and starts giving him tips. When Randall implements them, he gets better, and the councilman is pleased. By the end of the afternoon, they’re chummier, and the older man agrees to hear out Randall’s proposal in exchange for Randall’s possible help on his legislation. Yay, right?

But after the men leave, Randall heads to the driving range and proceeds to crush a basket of balls in spectacular fashion. As we see in a flashback, he and Jack didn’t leave the course on a bad note after all. Jack apologized, then they practiced a whole lot more. Randall continued playing golf in high school and college, and is actually quite good. (Side note: Jack also later invited Mr. Lawrence to dinner at the house.) So Randall’s so-called problems with the game were just a ruse to let the councilman feel like he had an advantage over him. Literally well-played, Randall! 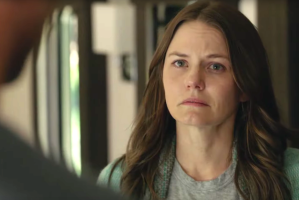 ONE STEP FORWARD, TWO STEPS BACK | Kevin and Nicky bicker, which drives Kevin to the gym to work off some frustration. Cassidy happens to be there at the same time. She a) is really, really strong and b) enjoys teasing him about the special attention he’s getting from the facility’s smoothie bar employee, who happens to be female. Kevin lets on that he was Instagram-stalking Zoe, and Cass is surprised to hear they broke up because he wanted kids and she didn’t. It should be noted: The Kevin-Cassidy flirting in this scene is at an extremely high level.

Kevin later goes out for a meal with Smoothie Girl, and they’re heading back to his RV for nookie when he sees Cassidy waiting outside. Kevin promptly dispatches his date to talk with Cassidy, who’s upset because she and Ryan argued. “I lost my temper,” she says, nearly crying as she wonders who’d want to be with someone as messed-up as she is. Kevin quickly corrects her, telling her, “You’re trying. That doesn’t make you unlovable. That makes you human.” She stares at him a moment, then kisses him, then heads for the door.

The next thing we know, Kevin comes out of his bedroom, shirtless, to find Nicky making a sandwich in the kitchen. Nicky apologizes for being grumpy earlier in the episode, then takes off. Kevin has a look on his face I can only describe as “Welp, that was probably not the best idea,” and a flashback reveals why: He stopped Cassidy from leaving after the kiss, and now she’s in his bed, wearing a very similar expression and nothing else. Earlier in the episode, Kevin brought up the Alcoholics Anonymous wisdom of avoiding romantic relationships in your first year on the program, so… this should be interesting!