Agent Mojtabai, you clean up nicely!

The Blacklist‘s upcoming episode (Friday, 8/7c) will put Aram in the spotlight as he goes undercover for the task force, and TVLine has an exclusive first look at the agent’s mission.

In the third Season 7 installment, titled “Les Fleurs Du Mal,” Aram will attempt to infiltrate a secret society of wealthy thrill-seekers whose entertainment hinges on spectacular acts of violence. As seen in the photos below, Aram seems to be attending a swanky soiree with the adrenaline junkies, dressed in a spiffy patterned jacket. (A nice change of pace from his gray suits at the Post Office, no doubt.)

Elsewhere in the episode, Red tries to negotiate with a former associate involved in the Townsend Directive, while Katarina Rostova insinuates herself into Liz’s life — a plan that was set in motion during the Oct. 11 hour. After narrowly avoiding a run-in with the FBI, Katarina took up residence in Liz’s apartment building, pretending to be a new neighbor named Maddie.

“[Liz] thinks Katarina is dead and hasn’t seen her mother since she was 4 or 5,” series creator Jon Bokenkamp previously teased. “If she were to meet Katarina, she may not know that it’s her mother, and there may be an opportunity for Katarina to come into Liz’s life in a way that is anything but motherly.”

Scroll down to see our exclusive photos from Friday’s Blacklist: 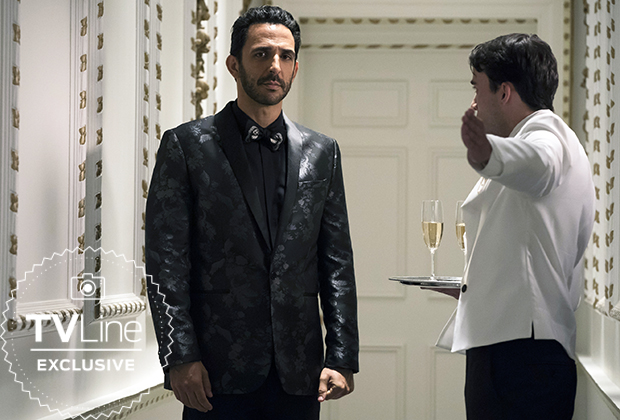 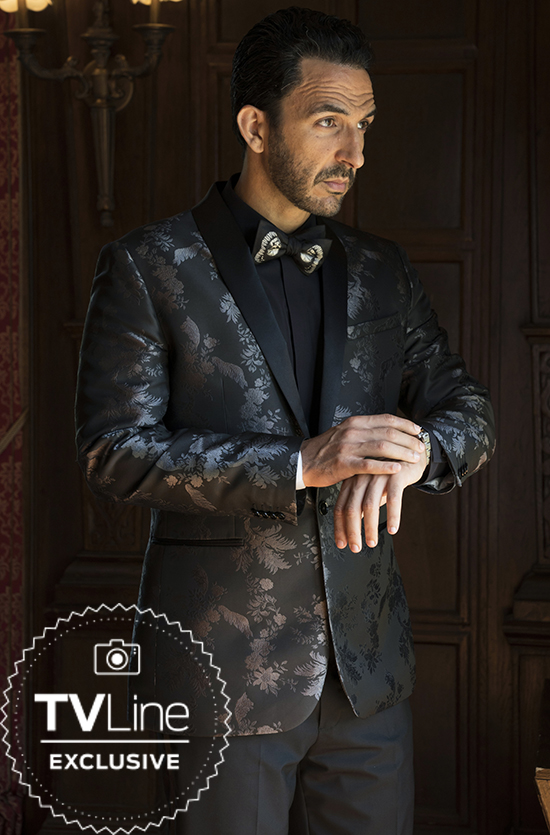