Succession wrapped up its sophomore season last night… but fans are still busy unpacking that shocker of an ending.

To recap: Logan needed a “blood sacrifice” from his inner circle to appease shareholders, and after considering Tom and Greg too insignificant, informed his son Kendall that he’d be the one taking the fall. Kendall meekly agreed, and when he asked his dad if he ever thought Kendall had what it takes to be CEO, Logan replied: “You’re not a killer. You need to be a killer.” But maybe he is: At the news conference where he was supposed to fall on the company sword, Kendall instead flipped on his father and called him “a malignant presence, a bully and a liar,” adding that Logan had full knowledge of Waystar’s wrongdoing. That sets up one hell of a Season 3, huh? 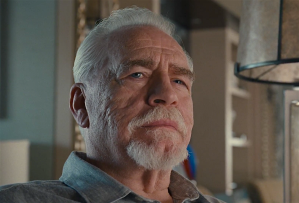 But did that cagey old grump Logan actually know all along that Kendall would do that? Some are theorizing that Logan and Kendall hatched a plot to have Kendall publicly turn on his dad so he can be cleanly elevated to CEO and Logan would have a reason to step down. And there’s some evidence backing that up: Logan’s wry smile while Kendall is bashing him at the very end, and Logan’s prior knowledge that the shareholders want him out. (Shiv forfeited her chance to be in on it when she begged Logan to spare poor Tom.) It’s an intriguing theory, and it hadn’t really occurred to me, so I went back to rewatch the final scenes to see if I missed something.

But to my eyes, it doesn’t really stand up to scrutiny.

If Logan really wanted out — and from everything we’ve seen from him, he’d rather die in his office than hand over Waystar to his kids — why wouldn’t he just resign to appease the shareholders and not have his name dragged through the mud by his own son? (His entire worry was someone would “flip” and reveal Waystar’s dirty secrets. Now someone is.) Also, we’ve known Logan to be an impulsive, vindicative business titan; this kind of slick, five-steps-ahead corporate espionage isn’t really his style. Plus, Succession has never been the kind of show that traffics in surprise reveals and secret pacts; its big plot developments all feel inevitable in hindsight, like the stuff of Greek tragedy, because it doesn’t pull any tricks on the audience. (The final Logan/Kendall scene doesn’t make any logical sense, for example, if they’re actually in cahoots.) And look, the smile wasn’t even that big! 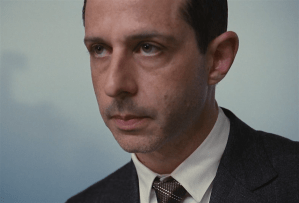 I actually saw Logan’s (slight) smile at the end as him taking a perverse pride in his son finally becoming a “killer”… even if it means the one he’s killing is his old man. And it makes sense that once Kendall realized he was never, ever going to be handed the position of CEO by his dad, he no longer had any reason to stick around and put up with Logan’s unending abuse. Kendall has been angling to oust his dad since the very beginning of the series, and with the ammunition supplied by Cousin Greg in those incriminating cruise documents, he may finally be ready to finish the job.

But the idea that Logan actually wanted all of this to happen, and is masterfully orchestrating his own downfall? My only reply to that is Logan’s favorite way to end a conversation: “F–k off.”

What do you think? Vote in the poll below, and hit the comments with your post-finale thoughts.