Walter White is the one who knocks… on Hell’s door.

In case you’ve had any lingering doubts in the years since Breaking Bad‘s 2013 series finale, Heisenberg himself is definitely dead. You don’t have to believe us — you can hear it for yourself in Netflix’s El Camino: A Breaking Bad Movie, which confirms the bald baddie’s demise at the Nazi compound in the final episode, titled “Felina.”

But other members of the Breaking Bad-verse are alive and well, and a bunch of them appear in the Jesse-centric sequel film, which started streaming Friday. The continuation meets up with Aaron Paul’s character at the moment he escapes the Nazi’s meth-cooking compound and chronicles his attempts to evade the authorities and secure a new life for himself far away from Albuquerque. Along the way, he has several flashbacks that just happen to coincide with events that took place during the original series. (Read a full recap here.) 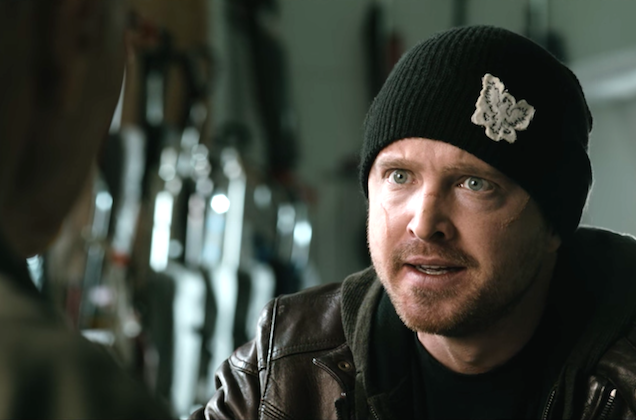 We’ve gathered all of their cameos (as well as a few from characters long departed hint hint) in the gallery at right. Scroll through them to revisit El Camino — or as a shortcut if you don’t want to spend two hours watching the movie — then hit the comments with your thoughts about all things Breaking Bad!