Will the fact that Outlander doesn’t return until after the new year stop us from getting a good look at Sassenach and Himself in Season 5 action?

In conjunction with the show’s New York Comic Con panel Saturday, Starz released a teaser trailer and several new photos from the historical drama’s upcoming season, which gets underway on Sunday, Feb. 16, 2020.

The video above shows Jamie, Claire, Fergus and Brianna settling into life on Fraser’s Ridge, though life remains full of threats and danger. Murtagh leads his rebellion, rifles are brandished, Lord John sits pensively near a campfire, Aunt Jocasta looks like the queen she is and Claire saves lives in her surgery.

Throughout, various characters make reference to going through the stones once more. Jamie tells someone, “It will be safer in your time,” an idea Claire later echoes. Brianna, meanwhile, seems against the trip. “You want to go back, don’t you?” she asks Roger before stating, “Our family is here.” 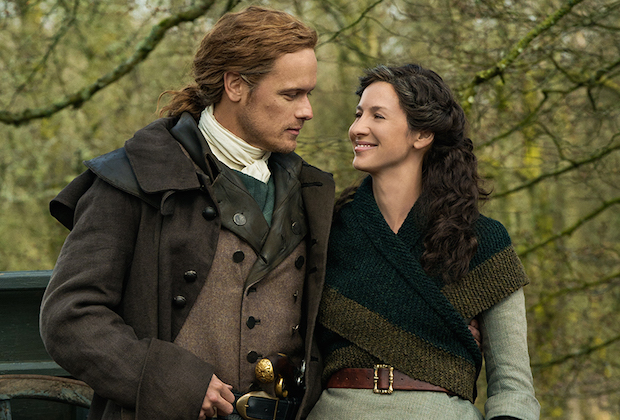 Those of you Oldlanders who’ve read Diana Gabaldon’s The Fiery Cross and beyond know exactly who does or doesn’t decide to return to the present (and by “present,” of course, we mean the 1970s). But let’s not spoil it for the Newlanders, aye?

Press PLAY on the video at the top of the post to get your first look at Season 5, click on the gallery above to see the new photos, then hit the comments: What are you looking forward to seeing when #Droughtlander is done?