When all else fails, try Delta…?

The Goldbergs‘ Barry will soon be looking to rush a college fraternity, and a pair of Animal House alumni just might lend a helping hand.

In the ABC comedy’s Wednesday, Oct. 16 episode, Tim Matheson and James Widdoes — who played Eric “Otter” Stratton and Robert Hoover in the seminal 1978 John Landis film — will guest-star as, well, “Eric” and “Robert.” As seen among the exclusive photos here, they are esteemed (?) alumni of a Delta something fraternity that Barry (played by Troy Gentile) looks into during a Greek booth day at his college campus. 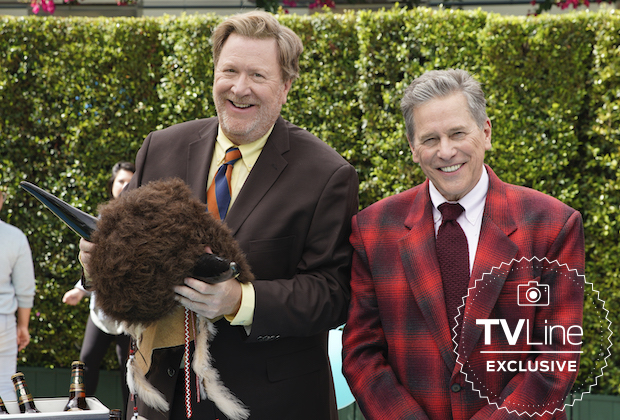 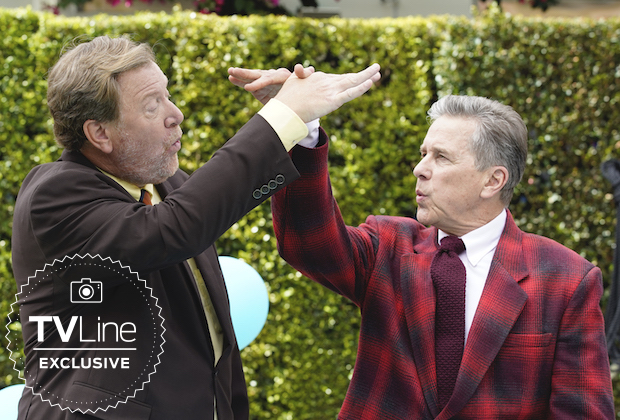 Needless to say, being Barry and being The Goldbergs, the lad’s plan doesn’t quite work out as he expects — meaning, it’s a really futile and stupid gesture…?

This Animal House nod is one of several cast reunions ABC is staging this fall. For example, two Charmed ones will guest-star on Grey’s Anatomy, a pair of Castle cops will get The Rookie‘s attention, much of the Cheers gang gets together, and more.

Elsewhere in the Oct. 16 episode, Beverly and Murray find themselves getting closer to being empty nesters, which means more hobbies and activities for one… and more TV for the other.