Question: I’ll take anything on what is ahead for Amelia and Link from Grey’s Anatomy (specifically as it pertains to the pregnancy twist, which was the biggest surprise in the premiere).  —Kate
Ausiello: According to the ABC drama’s official logline, Thursday’s “Back in the Saddle” finds Amelia sharing “a new revelation in her relationship with Link.” Having seen the excellent Kevin McKidd-directed episode, I’d say that it’s more like two new revelations, the first of which speeds the couple forward to make-it-or-break-it time in their fledgling relationship. 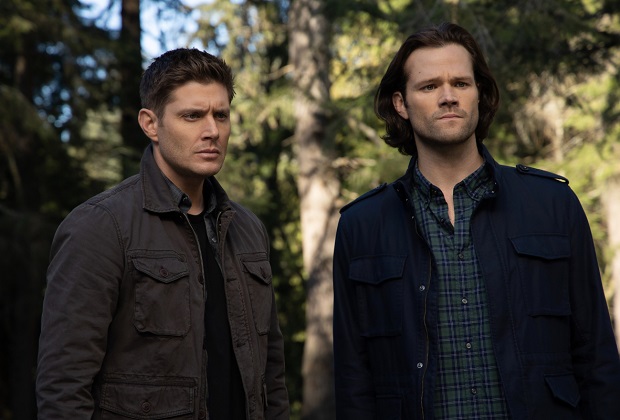 Question: On Supernatural, Jack killed Sam and Dean’s mother, so every time they see him it will be a trigger. How does the show plan to deal with the tension that should exist between Sam, Dean and Jack? —Adder
Ausiello: Since Jack won’t be coming back from The Empty in the near future, all those complicated feelings are something Sam and Dean will “deal with down the road,” co-showrunner Andrew Dabb previews. But when they do eventually confront them, “I think Dean understands that Jack was manipulated [by God],” Dabb muses. “Very clearly what God wanted to happen was Jack kills Mary, [and] the guys get so mad they kill Jack. So whose fault is it really? Is it Jack’s fault? Is it God’s fault? I’m not saying they’re going to excuse Jack from that, but it raises a lot of questions about free will.”

Question: Can I get any scoop about what’s coming up for Hailey Upton or Jay Halstead on Chicago PD? —Carlynn
Ausiello: I’ll do you one better Carlynn with two n’s: we’ve got a teaser about Hailey and Jay’s simmering will-they-or-won’t-they relationship. “There’s definitely a pretty powerful connection there,” showrunner Rick Eid shares. “It’s just whether they choose to act on it, and when, and what that looks like. It’s definitely in play. They have a great partnership, a great friendship, and I think there’s definitely a mutual attraction and connection there. It’s just, I think, they both take their jobs very seriously. So that’s the elephant in the room.”

Question: Now that Riverdale‘s Hiram is behind bars, what does that mean for Hermione this season? —Amber
Ausiello: Well, we hope she looks good in orange: Hermione will also be in prison in Season 4, co-star Marisol Nichols confirms. (Remember, Hiram got her arrested for plotting to kill him.) But she and daughter Veronica will grow closer this season… and Hermione will get a new love interest, too. “It was even surprising to me,” Nichols reveals, adding that “there’s a really cool, sorta hot scene coming up that I really like.” 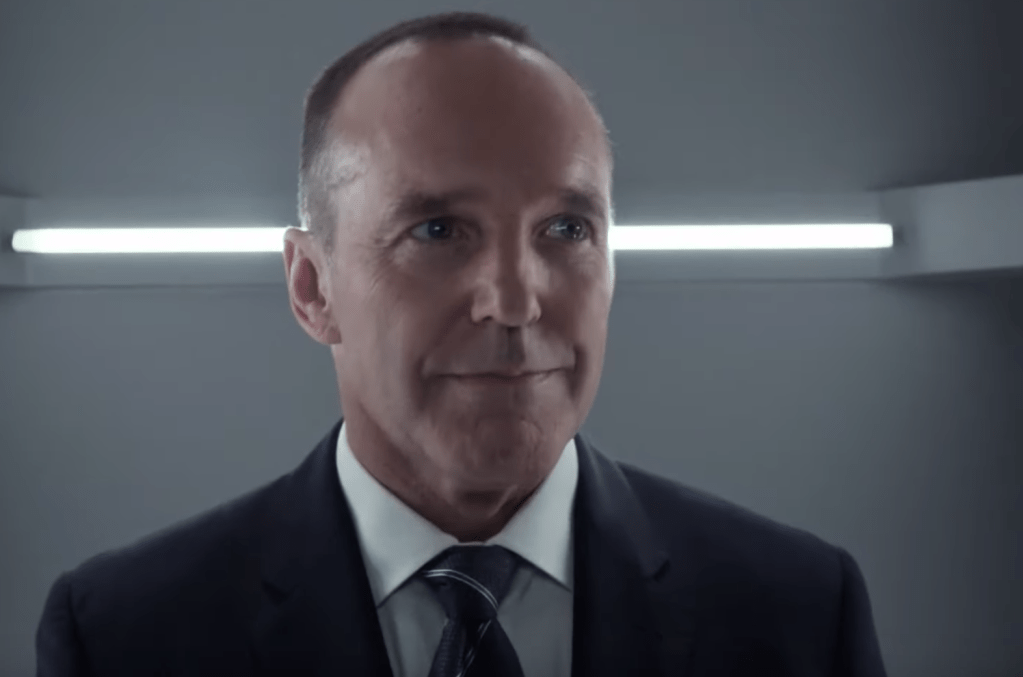 Question: Why oh why is Season 7 the last season of Agents of S.H.I.E.L.D.? I am so so upset that such a great series from Marvel is going. I really can’t express my sorrow. —Sue
Ausiello: For what it’s worth, Sue, know that the ABC series will be going out with a creative bang, sometime in 2020. “I’ll say this: We swung for the fences in Season 7. And sometimes when you swing for the fence, you hit home runs…,” EP Jeffrey Bell told Matt Mitovich. “There are some bonkers episodes [coming].” Co-showrunner Jed Whedon concurred, saying that Season 7 features “some of our most purely entertaining episodes, and we hope people enjoy them as much as we did. We definitely swung for the fences.”

Question: Excited Katey Sagal is returning to The Conners. Anything you can tease about her return? —Jeremy
Ausiello: It’s going to put Becky between a rock and a hard place, since Louise is both her boss and her father’s potential new lady friend. “It’s complicated, because she knows Louise has some kind of relationship with Dan,” Lecy Goranson explains. “And Becky and Dan are very close. [Also], Becky really needs to appeal to Louise because she really needs work. She needs shifts, she needs money. And that’s now the power gal who can give her that. Does she go through her dad to get to Louise? Or does she just approach her [directly]?”

Question: Any update on the SVU/FBI crossover that Dick Wolf mentioned earlier this year? —Andrew
Ausiello: “All I’ve learned over the years is never, never discount Dick,” newly returned SVU showrunner Warren Leight says, chuckling. “I will not discount the possibility of it.” But we wouldn’t start popping the popcorn and marking your calendar just yet. Since FBI airs on CBS and SVU on NBC, the EP notes, “I can’t imagine how complicated that would be.”

Question: Any scoop on The Resident? — Denise
Ausiello: Expect to see Devon and Conrad butt heads quite a bit as Season 3 progresses, according to series co-creator Amy Holden Jones. In upcoming episodes, Devon will “transition to being a resident, so he’ll no longer be Conrad’s intern,” Jones reveals, adding that “some of the issues of boundaries that came up in the pilot will resurface. They realize they have some very different approaches to patient care, and it’s going to cause some distance between them.” BONUS SCOOP: Though Devon had to say goodbye to Julian last year, series co-creator Amy Holden Jones teases “the introduction of a fabulous new love interest for him” in Season 3. 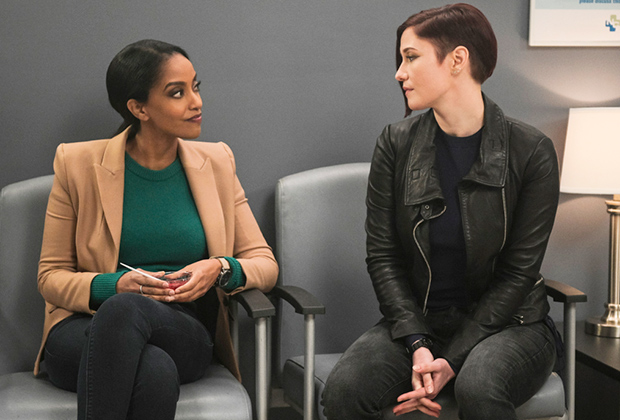 Question: Any idea where Supergirl is going to take the relationship between Alex and Kelly? —Vicky
Ausiello: “Kelly and Alex haven’t said ‘I love you’ yet, but they they grow in their relationship,” newly promoted series regular Azie Tesfie told us. And maybe a certain “Crisis” is what will nudge their relationship to the next level. “The crossover [launching Dec. 8 on Supergirl] is chaos, and I think amid chaos everybody kind of shifts and changes,” Tesfie teases. Kelly Olsen’s portrayer points out that at least in the early stretch of Season 5, she has had more scenes outside of said romance than in it, as Jimmy’s sister gets pulled into the Black Mirror-like storyline. “She thinks tech is for good, and it ends up putting her life in danger…. She misses seeing the bad in a lot of people this season.”

Question: Can you please give us any scoop on Shameless‘ Mickey and Ian storyline? All the fans are so excited, Noel hasn’t been a regular since 2015! —Christine
Ausiello: “Gallovich” might be headed down the aisle! “I think part of what happens now for gay couples is you have to decide whether you’re going to get married or not,” executive producer John Wells notes. “You didn’t use to have to decide that. So there’s great joy in the fact that you now have that right and opportunity, and also, ‘Uh oh. I don’t have the excuse anymore about how we’re going to create a committed relationship.'” So which half of the couple will be in favor of getting hitched, and who will have cold feet? Teases Wells: “There’s a lot of back and forth.” 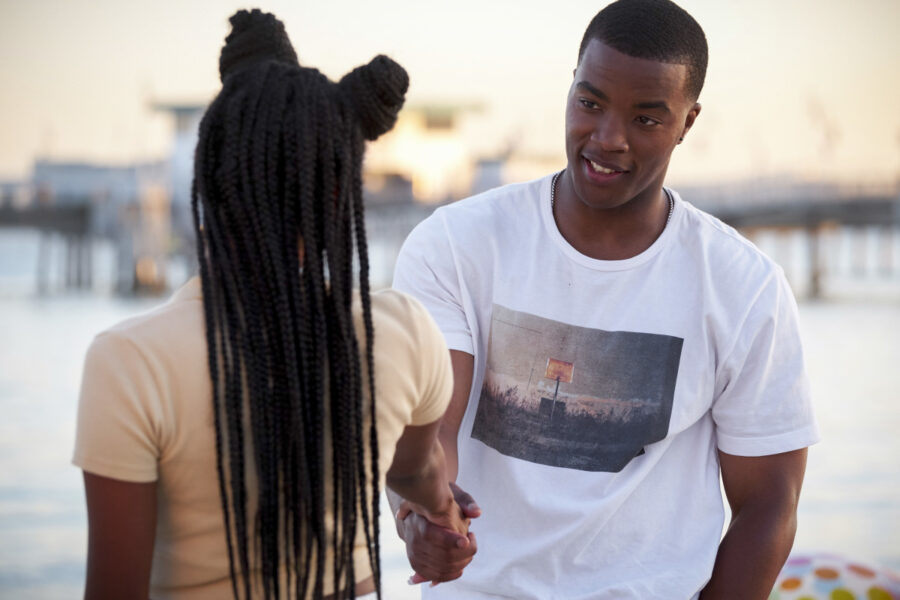 Question: Do you have any scoop on All American? I found that show two weeks ago and binged it in less than a week and it’s a new favorite. It’s so good! —Lisa
Ausiello: Kayla Smith (Ambitions, Star) is set to recur on the sophomore CW drama as Rochelle, a friend of Layla’s and a recent graduate of Beverly High. According to showrunner Nkechi Okoro Carroll, Rochelle is a “female sports agent in the making” who is “obsessed with Beverly High football” and “shakes things up” for Spencer and the team.

Question: What do you know so far about The Walking Dead’s Whisperers war? —Brandon
Ausiello: I know it’s going to be about as different from the Saviors war as a sword is from a pistol. For the AMC drama’s beleaguered protagonists, it’ll be “like going to war against a cult in some ways,” showrunner Angela Kang tells TVLine. “There’s a different feeling to it, a lot of stuff that is just mind games.” Really, we wouldn’t expect anything less from Samantha Morton’s twisted Alpha, would we? “She doesn’t believe that civilization is something that is a worthwhile concept,” the EP says. “She’s all about kind of being one with the world, which in this world means walking with the dead. A person like that doesn’t have a traditional sort of war strategy, whereas the Governor and Negan… they thought in a way that’s more similar to how we understand other governments to be.” In closing she adds that, by the time the dust settles, “it gets very tense and emotional.”