In addition to Alice, the season-long Big Bad played by Birds of Prey alum Rachel Skarsten (watch video Q&A below), TVLine has confirmed two other villainous castings for the superhero series that stars Ruby Rose (“Elseworlds”) as Kate Kane aka Gotham vigilante Batwoman.

Seen above and below, Revenge alum Gabriel Mann will guest-star in Episode 3 as Thomas “Tommy” Elliot, a childhood friend of Kate’s AWOL cousin, Bruce Wayne, who grew up to become a real estate mogul boasting easy charm and a friendly smile. And yet Tommy — who in DC Comics lore adopts the mantle Hush — harbors a deadly chip on his shoulder, one which will put Kate’s secret identity at risk. 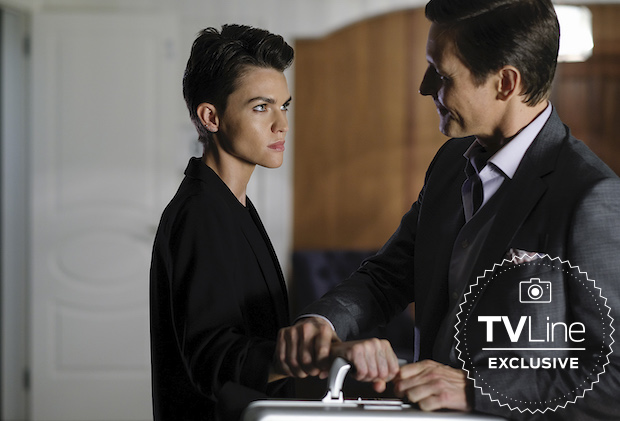 Additionally, Rachel Matthews (Happy Death Day, Hulu’s upcoming Looking for Alaska adaptation) will guest-star in Episode 4 as Magpie (photo below), an extremely intelligent and deft thief who, as her code name suggests, is drawn to shiny things and thus has a penchant for pickpocketing the rich. Oh, but Magpie has bigger plans for those who take their wealth for granted. 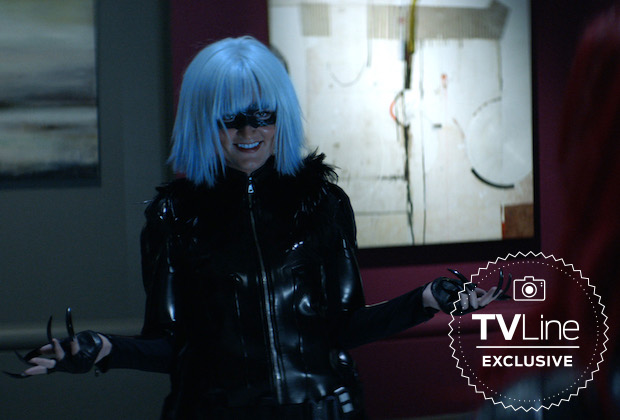 In teasing the sorts of villains on tap for Batwoman — and whether they’d be over-the-top in typical Batman style — showrunner Caroline Dries said at the summer TCA press tour, “When you sign on for a show that takes place in Gotham, that’s part of the fun. And in our Big Bad this year, [Alice] sort of represents all that Joker mentality in her craziness.”

Of note: On Fox’s Gotham, Magpie was played during the final season by Sarah Schenkkan, while Tommy popped up midway through Season 1 (played by Cole Vallis) and twice during Season 4 (played by Gordon Winarick).