“It’s safe to say they’re an item, absolutely,” Ridge said. “They’re absolutely a gay couple and we’re proud of that. We love Flix and Orka.” (Click here to listen to the full audio via the Coffee With Kenobi podcast.)

As seen in the clip above, Orka (voiced by Saturday Night Live’s Bobby Moynihan) and Flix (Community’s Jim Rash) recently asked Kaz (Hawaii Five-0’s Christopher Sean) to watch the store while they paid a “tragic” visit to Flix’s mother.

“I have had a sentence prepared for a year and a half,” Moynihan added, clearly excited to discuss the characters’ now-public connection. “They’re the cutest.” 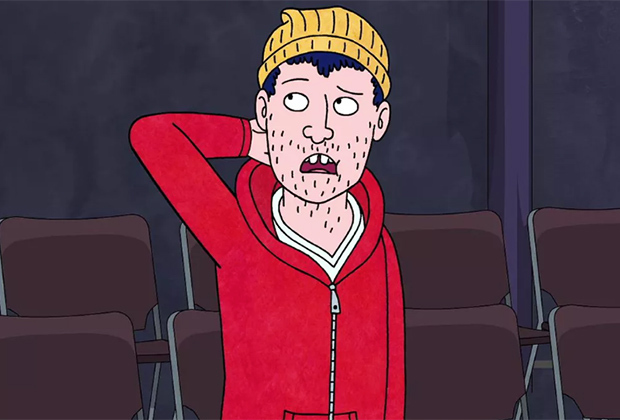 But while Orka and Flix are the first Star Wars characters to be in a confirmed same-sex relationship, they’re hardly the first cartoon characters to come out in recent years. Back in May, PBS’ Arthur sent Mr. Ratburn down the aisle with his now-husband in an episode that was banned by Alabama Public Television. And in Sept. 2018, the series finale of Cartoon Network’s Adventure Time featured a long-awaited (and romance-confirming) kiss between Princess Bubblegum and Marceline. And that’s only naming a few.

Were you at all surprised by this Orka/Flix news, or had you already assumed they were together? Drop a comment with your thoughts below. (And don’t bother writing, “Who?” If you don’t watch the show, there’s no need to comment.)