Was the only way to go on Night 2 of the Blind Auditions… down? Season 17 of The Voice started on such a high note Monday that it seemed possible, perhaps even likely. The premiere had been a big enough hoot that neither I nor quite a few of you had really noticed Adam Levine’s absence. And the talent was promising: I gave three singers A’s — and was trying hard to grade critically rather than excitedly — and really dug several more contestants that hadn’t scored as highly. (Lookin’ at you, Will Breman.) So I feared we’d been set up for a Tuesday-night letdown (despite the promos’ promise of a fight between “Mom and Dad”). And had we been set up? Read on, and we’ll discuss as we review the newest additions to Blake Shelton, Kelly Clarkson, John Legend and Gwen Stefani’s teams.

Shane Q (Team Kelly), “Tennessee Whiskey” — Grade: B- | When this 28-year-old hit the stage with his super-soulful Chris Stapleton cover, he quickly established himself as the runner to beat. Seriously, it was like one run after another after another. And each of them was nicely rendered — so nicely that he got a four-chair turn. But — and maybe this was me being cynical instead of overenthusiastic for a change — I eventually started thinking, “Got any other tricks up your sleeve?” It was like the law of diminishing returns. What he delivered was very good; I just wanted more. So I’ll be curious to see if down the road we get it. 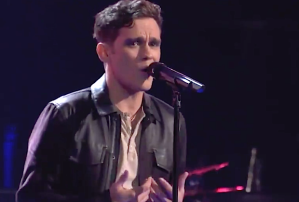 Max Boyle (Team Legend), “Wayfaring Stranger” — Grade: B+ | This 23-year-old, the youngest of six, started his Ed Sheeran number with a stunning a cappella that was so smooth, so pitch-perfect, you couldn’t help but stop whatever you were doing to see who was singing. (I even looked up from my recapping.) As he continued, he demonstrated a fair amount of stage presence and revealed a pretty good falsetto, too. No wonder John, impressed by Max’s “daring,” was moved to use his Block on Kelly. As the contestant’s almost-coach Kelly muttered to no one in particular after being thwarted, “Rock star.”

Hello Sunday (Team Kelly), “This Is Me” — Grade: B- | Presented at first as an actual blind Blind Audition, Hello Sunday wasn’t hard to peg as a duo. And both of the youngsters — Myla and Chelsea, who were quick to point out that they aren’t sisters — sang well, trading parts to hit their highs and lows. But this wasn’t a real “Wow,” not like, say, Katie Kadan or Rose Short Monday. The kids were adorable, energetic and talented but maybe not extraordinary enough (at their ages? at this stage of their development?) to really go the distance. Perhaps that was why they only got a chair turn from Kelly. 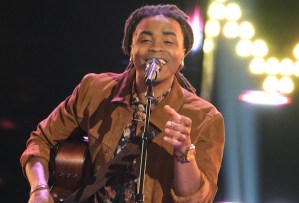 Royce Lovett (Team Gwen), “911” — Grade: B- | Inspired back when he saw Lauryn Hill playing guitar and rapping, this camera-friendly 30-year-old from Florida spoke in his pre-interview about the trickiness of pursuing a music career while supporting his wife and kids. When he stepped behind the mic… well, it was not a perfect vocal performance by any means. But there was a sincerity to it, an authenticity. You could tell that Royce was really feeling it. He meant it. And he certainly had a different vibe than anyone we’ve heard thus far this season.

Elise Azkoul (Team Gwen), “Million Reasons” — Grade: C | A Lebanese American, whose forebears include the writers of Donna Summer’s “Last Dance” and the Weather Girls’ “It’s Raining Men,” Elise had an interesting tone to her voice and a nice, controlled vibrato. But she sounded a little flat here and there, and just overall lacking the power to stand out from the crowd. Gwen, on the other hand, thought that all she was lacking was confidence. She was beyond into Elise’s “calm, soothing” tone. 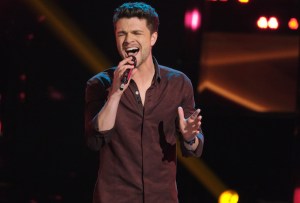 Cory Jackson (Team Blake), “Galveston” — Grade: A- | This Arkansas country boy, who was set to get married right after the Blinds, struck me as a little cheesy, but maybe that was really just confidence. He definitely had reason to be confident — he had a voice that didn’t quit. It was rich, resonant and as old-school as the Glenn Campbell number that he covered. The coaches noted that he had a theatrical quality to his voice, which I wasn’t sure would help him in the long run. (The Voice doesn’t tend to favor theatrical singers.) But it oughta make for some interesting takes on country hits. And it might be even more interesting if (when?) he gets stolen later on by Gwen. The couple that Kelly called “Mom and Dad” in the promos fought to be the one to add Cory to their team.

So, what did you think of Tuesday’s Blinds? After Monday, I thought they were kinda a letdown overall (though I did especially like Max and Cory). Vote for the evening’s standout below, then hit the comments.