For the first time ever, The Voice started a season — its 17th — Monday without Adam Levine’s tush filling one of its signature swivel chairs. As you may recall — OK, how could you forget? — after Season 16’s Live Cross Battles experiment left the Maroon 5 frontman with no contestants in the Semifinals, never mind the Finals, he walked. So veteran coach Gwen Stefani was brought in to round out Season 17’s panel with boyfriend Blake Shelton, Kelly Clarkson and, back for his second season, reigning champ John Legend.

And you know what? I thought I might miss Adam and the mischief that he always got into with Blake, but I didn’t. Kelly has enough personality for three people as it is, and John didn’t shy away from teasing Blake. (My favorite dig was John’s remark that Blake hadn’t emerged victorious a single season since the EGOT winner joined the show.) And if Blake missed his sparring partner, he certainly didn’t mention it; if I’m not mistaken, CeeLo Green and Jennifer Hudson were the only former coaches who were mentioned.

What did you think of the premiere and its Adamlessness? Before you weigh in below, let’s review the performances, shall we? Some of them were real doozies! 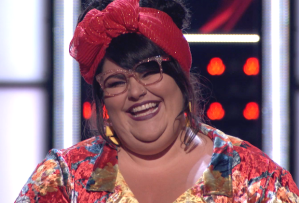 Katie Kadan (Team Legend), “Baby I Love You” — Grade: A | Katie had only made it to the third line of her song when her powerful, throaty voice — which Gwen said made her picture CeeLo Green — began a four-chair turn. I couldn’t have told you for sure whether she was taking us to church or a blues club, but wherever she was going, I definitely wanted to follow. She slayed! And when at last we got a look at her, I only loved her more. She has a hella quirky style and a sharp wit with which to accessorize. For example, she explained why she’d spent years afraid to perform thusly: “I was a chubby chick living in a skinny girl’s world.” John called her “perfect” for the show, and I couldn’t have agreed more.

Jake Haldenvang (Team Gwen), “Wish I Knew You” — Grade: C+ | Endearingly, this 24-year-old AC/DC fan told us before his performance that he’d earned the money to buy his first guitar by opening a lemonade stand as a kid. Later, playing in a band with his dad, he’d developed his stage presence and become what he called “a wild child” in the spotlight. To me, though, he was sorta a mild child. (WILKES, he wasn’t.) Good singer — his voice went from a pleasant rasp to a falsetto that was so soft, Kelly thought it was coming from a woman — but I got the impression that he was holding back. Maybe it was just the nerves that Gwen sensed he was fighting. Jake definitely has potential; I just wonder if his coach can get him to live up to it.

Brennan Lassiter (Team Kelly), “You Are My Sunshine” — Grade: A | Well, da-amn! If this small-town girl from South Carolina had hit — and, even more impressively, held — notes that were any bigger than the ones that she did, her audition would have had to have been moved into the parking lot. They were that massive! What’s more, the 20-year-old seemingly effortlessly threw into her cover of the Morgane and Chris Stapleton version of the golden oldie the occasional growl, suggesting that we’ve only skimmed the surface of what’s in her bag of tricks. As her grandpa told her before she went on, she’s da bomb! 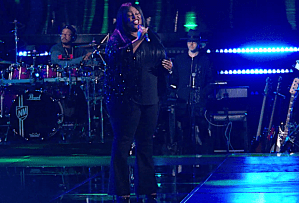 Rose Short (Team Gwen), “Preach” — Grade: A | I was predisposed to adore this 34-year-old former corrections officer before she had even sung a note since, despite the depressing profession she’d left behind, she all but radiated the kind of effervescent charm that would win a personality contest. (If she could get a laugh out of her reaction to an inmate menacing her, she could get a laugh out of anything.) But it turned out she didn’t need her lovable personality — she had a voice from the heavens. She started her John Legend cover nice and low, issuing forth notes so silky, they would’ve made fine bedsheets. Then, when she let loose belting, it was a wonder that chairs didn’t swivel from the sheer force of her voice. Even John admitted that he should’ve turned — and would’ve, were he not overly analytical when it’s his song being sung.

Will Breman (Team Legend), “Say You’ll Be There” — Grade: C | This 25-year-old busker from Santa Barbara cheerfully informed us in his pre-interview that he has Asperger’s and that music helps him express himself. He then showed us just how cleverly he could express himself when he took to the stage with what he called his “jazzified, funkified” version of the Spice Girls. His vocal wasn’t perfect — those big notes — oh dear! (In fact, all of the coaches hesitated to swivel.) But the cool factor of his cover, and the overall tone of his voice, eventually won over John and Gwen. Since Will named John as a musical influence, he hopped up on stage to join his future contestant on a lovely mini-rendition of “Ordinary People” (on which Will actually sounded better than he had during his audition). Gwen then joked that she was gonna do a song with Will but didn’t actually do it. 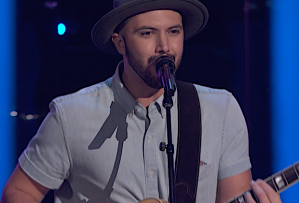 Alex Guthrie (Team Kelly), “Love and Happiness” — Grade: B- | Presented at first as a truly blind audition — which was a shame, because this 25-year-old Georgian has a very winning smile — Alex took us to a blues bar at the start of happy hour, giving an altogether pleasant performance that would’ve been easy to ignore over our first (and second) beer. There was absolutely nothing wrong with it, it just wasn’t, “Wow! Exciting!” It wouldn’t have interfered with your conversation, if you know what I mean. Kelly hesitated to turn her chair as she was waiting for him to go higher with his vocal. And he did eventually go bigger, which won over both Kelly and Gwen. I’ll be curious to see whether his coach can coax more exciting performances out of him. They need to dazzle like his winning smile.

Kat Hammock (Team Blake), “Vienna” — Grade: B+ | This California teen was so fresh-faced in her pre-interview that I thought I was watching a Noxzema commercial. But she was more than bright eyes and a glowing complexion. On stage, she came alive, not so much giving a performance as being possessed by it. Honestly, it was just plain cool to watch. Her expressions — which I suspect some of you will ding her on as having been too much — suggested that she wasn’t singing every note, she was inhabiting every note. As for her vocal, it was gorgeous — a little ethereal, a lot smooth, kind of like a silkier, jazzier Fiona Apple. When she told Kelly that her influences included Billy Joel, that made sense, too. She’s a great presence with a great voice and great potential.

Marina Chello (Team Blake), “Walk Me Home” — Grade: B | At first glance (and listen), this 37-year-old originally from Uzbekistan reminded me totally of Annaleigh Ashford. In her pre-interview, she told us how challenging it had been to move to the States at 11 (and to learn the language listening to Mariah Carey). She was signed to Bad Boy Records in 2007, but “it just didn’t happen.” Hearing her Monday, I couldn’t imagine why. Marina sang with admirable control and enviable oomph. I didn’t get a ton of emotion from it, but her talent was unmissable. Interestingly, Kelly noted that a lot of singers perform their best possible numbers for their auditions, but she felt like Marina’s Pink cover had left her with 80 percent more to give, which sorta expressed what I was thinking way more intelligently than I ever could.

Kyndal Inskeep (Team Gwen), “Never Been to Spain” — Grade: C | This 22-year-old nanny by day/Nashville singer by night revealed in her pre-interview how depressed and deserted she’d felt when her divorced mom remarried a father of two when she was 5. Luckily, music served as her therapy. When the spotlight fell on her, her airy, smoky vocal impressed Gwen right off the bat. To me, she was more of a Sarah Grace Lite. Less attitude, less power, less interesting. She wasn’t bad by any means, but she didn’t strike me as memorable (and definitely not worth Gwen using her only Block on Blake). Gwen went on about Kyndal’s distinctive vibrato; I just didn’t hear anything that distinctive.

So, what did you think of the Season 17 premiere? Grade it in the poll below and vote for your favorite performer. Then hit the comments: Did you miss Adam?