Jesse Pinkman is back behind the wheel in a new teaser trailer for El Camino: A Breaking Bad Movie.

Netflix released the above ad during Sunday’s Emmy Awards, which marks the first time Breaking Bad fans have seen Aaron Paul back in character since Jesse broke free from the Nazi compound in the 2013 series finale. In the footage, Jesse turns up the car radio to hear a news report about “hundreds of gunshots fired” at the compound, where police arrived to “discover the bodies of nine male victims.” What’s more, “investigators are searching for a person of interest who fled the scene.”

It was first reported last November that a Breaking Bad movie was in development. Three months later, it was revealed that Paul would reprise his role as Walter White’s protégé, and the film would first debut on Netflix, followed by a second window on AMC. In addition to writing and directing the movie, series creator Vince Gilligan is producing alongside fellow series vets Mark Johnson and Melissa Bernstein.

The film went into production in Albuquerque in late 2018. At the time, Bryan Cranston confirmed the existence of a Breaking Bad movie on The Dan Patrick Show, but said it was unclear whether Walt would appear in the film. After all, he didn’t survive the finale.

A previous teaser for El Camino featured Jesse’s longtime friend Skinny Pete (Charles Edward Baker) being interrogated by the DEA (which you can watch here.)

El Camino: A Breaking Bad Movie is set for release on Friday, Oct. 11. In the meantime, press PLAY on the trailer above, then scroll down for a first look at the new poster. 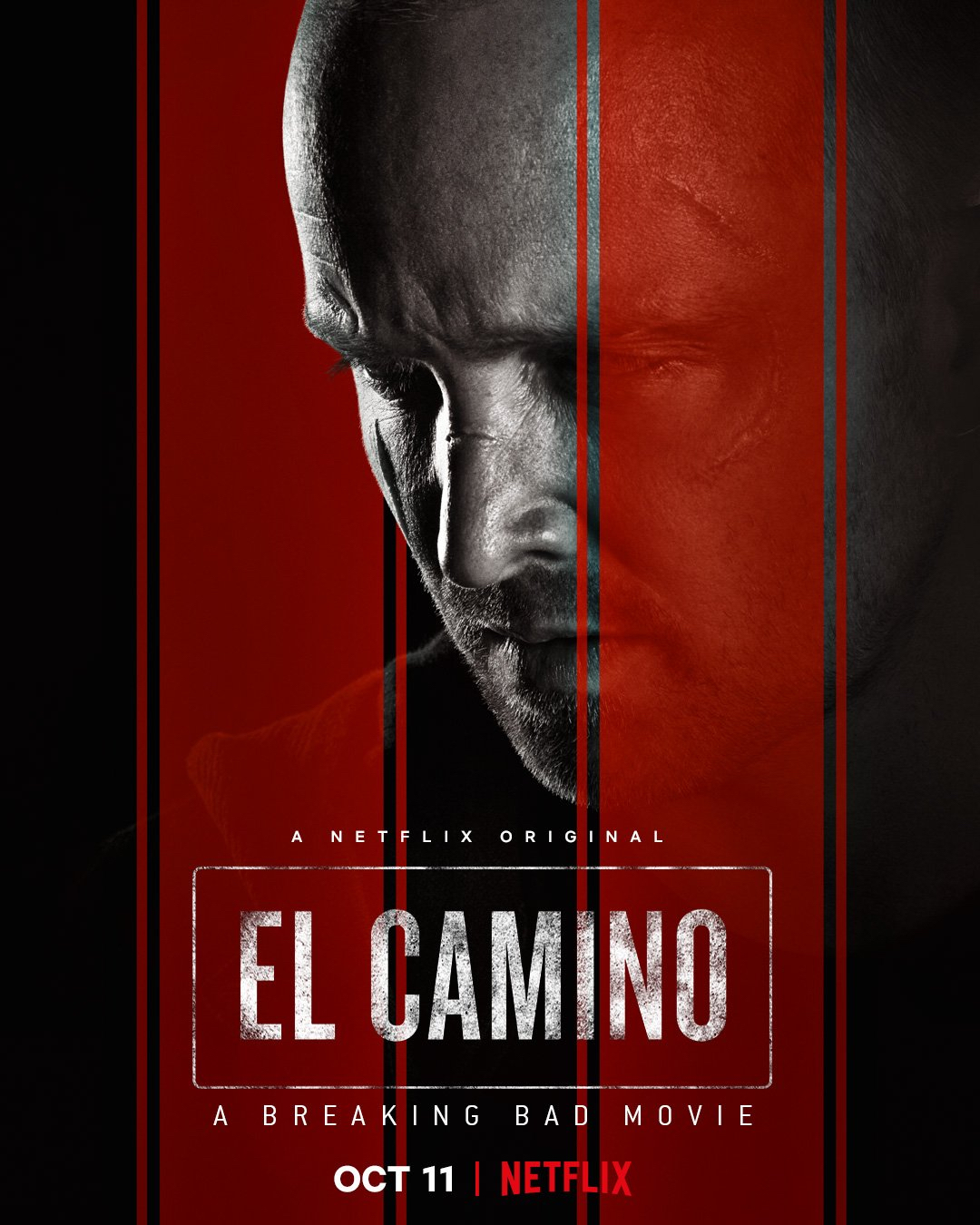