The Ranch Part 7 ends with a literal bang, as Netflix’s (other) no-good Nick meets his maker… or so it seems.

In Episode 10, Abby heads over to tell the Bennett family that Nick’s back in town. A seething Beau — who warned Rooster’s tormenter what he’d do to him if he ever stepped foot in Garrison again — heads for his gun cabinet and pulls out a small-arm. He’s determined to take justice into his own hands.

In the closing moments of the finale, Nick enters his trailer, shuts the door behind him and finds an unexpected visitor. “The f–k are you doing here?” he asks, before the blast of a gun brings this latest half-season to a close.

The Ranch Cliffhanger: Who Pulled the Trigger? 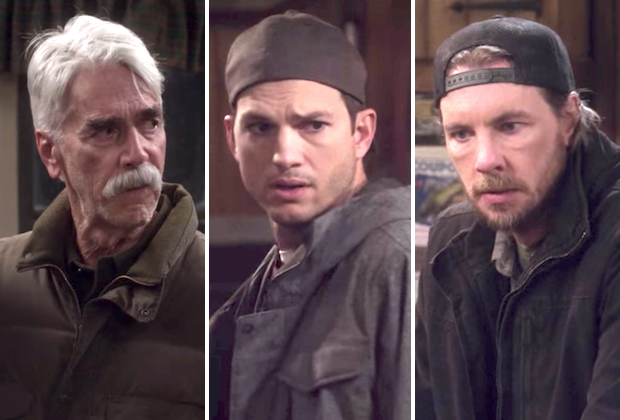 Viewers are led to believe that it’s Beau who pulled the trigger. After all, he’s the only character we know for sure is carrying a loaded weapon. But he is not the only person who heads down to confront the dirtbag — and he is far from the only one who’d want him in a bodybag.

The following gallery runs down a list of potential culprits, ranging from “Maybe!” to “Yeahhhh, maybe not.” Click through to determine the odds, then weigh in via the following poll — and drop a comment to back up your choice.