We’ve got questions, and you’ve (maybe) got answers! With another week of TV gone by, we’re lobbing queries left and right about shows including Power, Succession, Ninja Warrior, BH90210, The I-Land and more!

1 | Who would have thought that Elite‘s Valerio would turn out to be the most decent human being on the show?

2 | On Power, how was it that not one single Federal officer — or even Alicia’s lawyer — thought it might be prudent to stay in the ladies’ room with the drug kingpin while she was suddenly, violently ill? 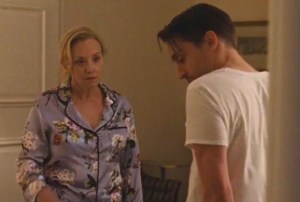 3 | Would you rather Succession have not made Roman and Gerri’s newly discovered “dynamic” an ongoing storyline? (Were we the only ones who expected it to in fact barely be referenced again?) Also, what was with the Pierces’ servant, Rosa, on whom the camera lingered a couple of times? Were you waiting for her to play an unexpected role in the already tense proceedings?

4 | Is it strange that USA Network didn’t opt to call Dirty John’s forthcoming second season Dirty Betty instead of the insanely clunky and nonsensical Dirty John: The Betty Broderick Story? 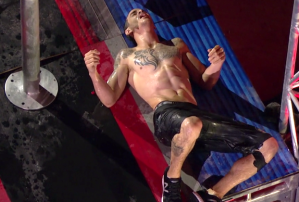 5 | On American Ninja Warrior, was anything more heartbreaking than watching Flip Rodriguez time out on the final obstacle?

6 | Given that Stephanie Pratt ended The Hills: New Beginnings‘ finale on good terms with (mostly) everyone, are you surprised by her refusal to return for Season 2?

7 | Would you be more excited for the Ghostwriter reboot if it sounded anything like the premise of the original show? #NotMyGhostwriter

8 | Do you suspect that BH90210 left us with that “We can’t bring all seven of you back” cliffhanger because one cast member in real life adamantly agreed to do only one season of this “reboot”? And as TVLine reader Veronica points out, how can Zach be Jason’s son when we learned earlier this season that Jason can’t have children? (Wasn’t that how he realized Camille had cheated on him?)

9 | Did the return of Esther on Suits, coupled with the ending of this week’s episode, leaving you hoping that we’ll see another sibling — Harvey’s brother — come back next week? Also, Louis is totally going to ask Harvey to be his Best Man, right?

10 | Who else is watching every episode of The Kelly Clarkson Show just to see which song she covers that day? And given Clarkson’s well-expressed love for Lucifer, doesn’t it seem like the pop singer should stop by LUX during the final season to perform a set?

12 | How hard will it be to root for any couples if HBO’s Targaryen-centric Game of Thrones spinoff goes forward, given that members of the family routinely married their own siblings? 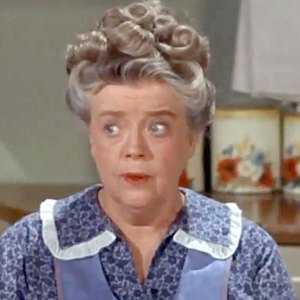 13 | Who else pictured this when Elizabeth Warren referred to her Aunt Bee in Thursday night’s Democratic debate?

14 | Could Netflix’s The I-Land have been any more on the nose with it’s Lost-iness than by opening with a close-up of an eye opening? Also, for just 10 people, weren’t there a high number of castaways with attitude problems?

15 | Regarding this SNL/Shane Gillis mishegas, is perhaps the most shocking thing that he was deemed funny enough to join the cast?