Robert Sean Leonard is scrubbing in for another TV medical drama — only this time as a patient. The actor will guest-star on Season 3 of The Good Doctor, reuniting him with House creator and executive producer David Shore, TVLine has learned exclusively.

Leonard will appear in the season’s third episode (airing Monday, Oct. 7) as Shamus O’Malley, an avid sports fisherman. In the Claire-centric installment, the third-year resident “faces complications at home and at work as she prepares to lead her first surgery,” while the rest of Melendez’s team tends to Shamus. He is rushed to the hospital following a fishing accident that challenges them “as they look to treat his injuries without damaging his prize catch,” according the official logline — and as seen in the first-look images above and below. 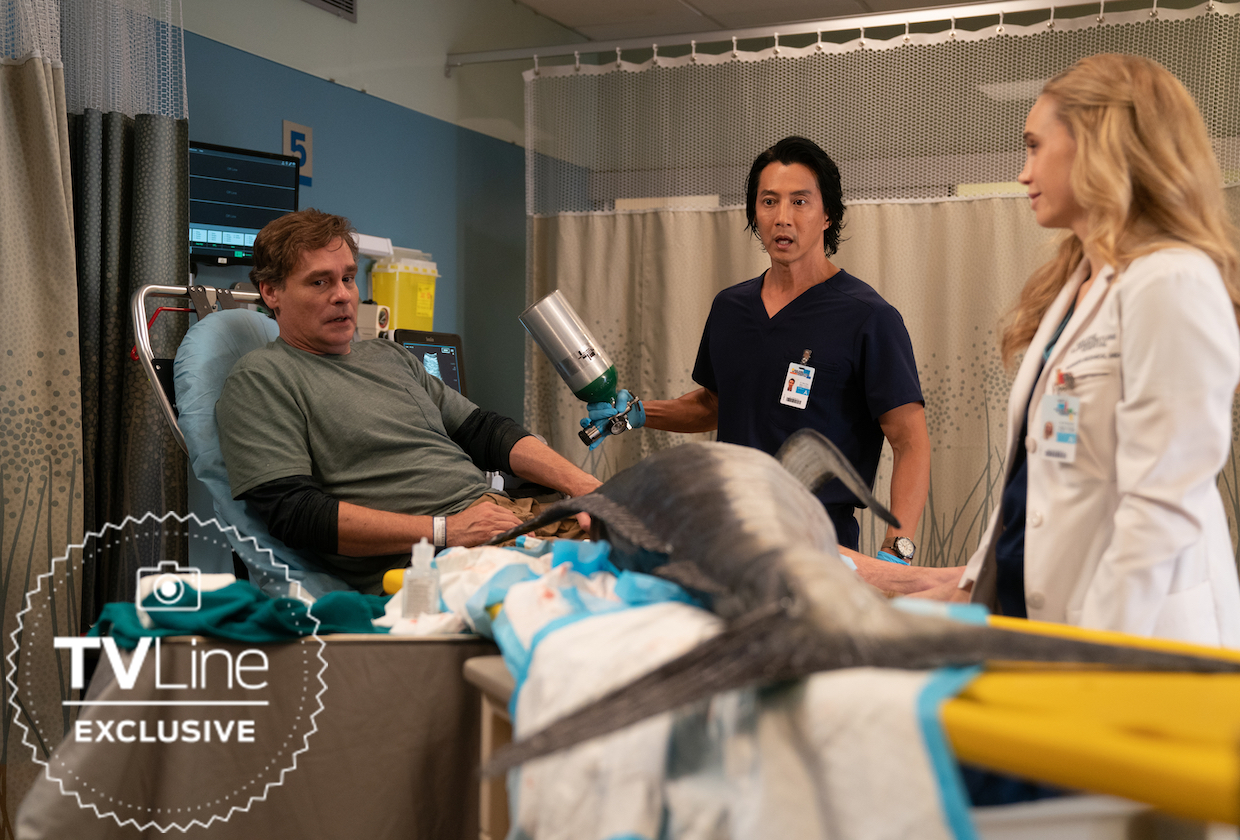 The Good Doctor previously welcomed fellow House vet Lisa Edelstein for a season-long arc as Glassman’s oncologist Dr. Marina Blaize. There are no plans to bring her back at this time.

Since his eight-year stint as House‘s Dr. James Wilson came to an end in 2012, Leonard has recurred on TNT’s Falling Skies and the NatGeo miniseries The Hot Zone. Additional TV credits include episodes of The Blacklist, Blue Bloods, The Good Wife and Law & Order: Special Victims Unit.

The Good Doctor returns on Monday, Sept. 23 at 10/9c on ABC. For more intel on Season 3, check out TVLine’s Fall TV Preview Spectacular.