THE PERFORMANCE | In the opening hours of Amazon’s fantasy drama, Delevingne introduced us to Vignette Stonemoss as a refugee faerie with a chip on her shoulder so sizable, you wondered how she ever got airborne. She demonstrated selfless resolve, sure, but once she learned that long-lost love Philo was alive, her re-broken heart lent itself to a certain darkness.

That is why the third episode — comprised almost entirely of flashbacks to when Vignette met Philo (played by Orlando Bloom), during the war — drove home what fine work Delevingne is doing here. As Vignette playfully mocked Philo’s favorite book as “the maddest thing I’ve ever heard,” a tale of a man who “just finds people living on the moon,” we saw how though they came from two different worlds, there was that instant spark.

Their bond deepend soon after, when Vignette, having burned through the book herself, gushed about how what she assumed would be a “droll, colonialist fantasy” wound up being something “extraordinary.” It had touched her the same way it did Philo, though for differently unique reasons.

Delevingne shared a similar intensity in Vignette’s flashback scenes with Tourmaline (Karla Crome), who had come to realize that in the time she had been displaced by the war, Vignette found love, and with a Burgish man. “It never ended,” Vignette said of the closeness the ladies had shared. “It just… changed.”

Capping Delevingne’s noteworthy performance was a scene set back in the present, where Vignette reminded Philo of how close they had been, and how he destroyed that with his deception. When Philo explained that he faked his death to protect them both, Vignette countered that together, “We would have done more than survive. We would have had a reason to!” We, as viewers, in turn lamented that love lost, but kept streaming in hope that it would be found anew. 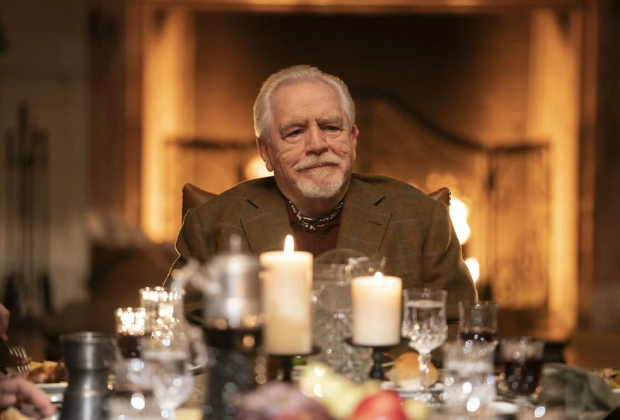 HONORABLE MENTION | If we never hear the words “boars on the floor” again it will be too soon. A company retreat to Hungary brought out the worst in Succession‘s unhinged, stroke-addled patriarch Logan Roy — and the best in his formidable portrayer, Brian Cox. What started out as a mostly civil sojourn quickly spiraled into a tension-filled nightmare when Logan decided to turn a dinner party into a mole hunt. Aided by Cox’s booming, Shakespearean snarl, Logan ordered the three leading suspects — including his son-in-law and nephew — to assume all fours and make like pigs (i.e. “boars on the floor”), complete with snorting and sausage link-chasing. Cox played Logan’s demented exercise with a mix of fury and amusement, which only amplified its unpredictability, theatricality, discomfort and fear. We didn’t know whether to laugh, cringe or cry. The only thing we knew for sure is that the 73-years-old Cox remains at the very top of his game. 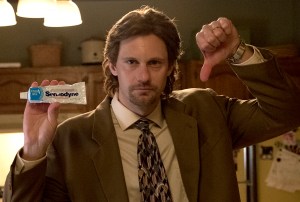 HONORABLE MENTION | We’d forgive you if you didn’t even recognize Alexander Skarsgard in his new role on Showtime’s pitch-black comedy On Becoming a God in Central Florida. The True Blood and Big Little Lies veteran positively transformed into dim-witted dreamer Travis Stubbs, sporting a flowing mullet and a goofy smile as he threw his stable career away for a shot at pyramid-scheme glory. Skarsgard displayed an unexpected talent for comedy, with Travis chasing the promise of riches and prestige with a sweat-soaked, almost religious zeal. We couldn’t help but giggle as Travis donned a formal tux to quit his day job in ridiculously flamboyant fashion… and couldn’t help but start dreaming up a sitcom for Skarsgard to star in. 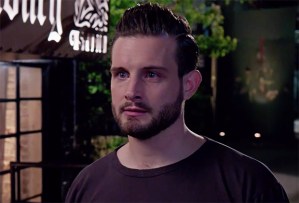 HONORABLE MENTION | Younger’s central love triangle may be well past its expiration date, but Nico Tortorella still managed to sell the heck out of it on Wednesday’s episode. Not only did they fully bring Josh’s pain and disbelief to life as he fell apart reading Liza’s goodbye letter, but their emotional contribution to the subsequent showdown between Josh and Liza was nothing short of explosive. You can argue that the writers haven’t figured out what to do with this pair yet, but as long as Tortorella continues to deliver these types of performances, it’s impossible to argue that the exes’ heat has fizzled out.