Netflix on Wednesday announced that Season 3 of Big Mouth will arrive on Friday, Oct. 4. In addition, the streamer has released a rather filthy poster for the new episodes with the tagline, “Equal parts shock and aww” (see below). 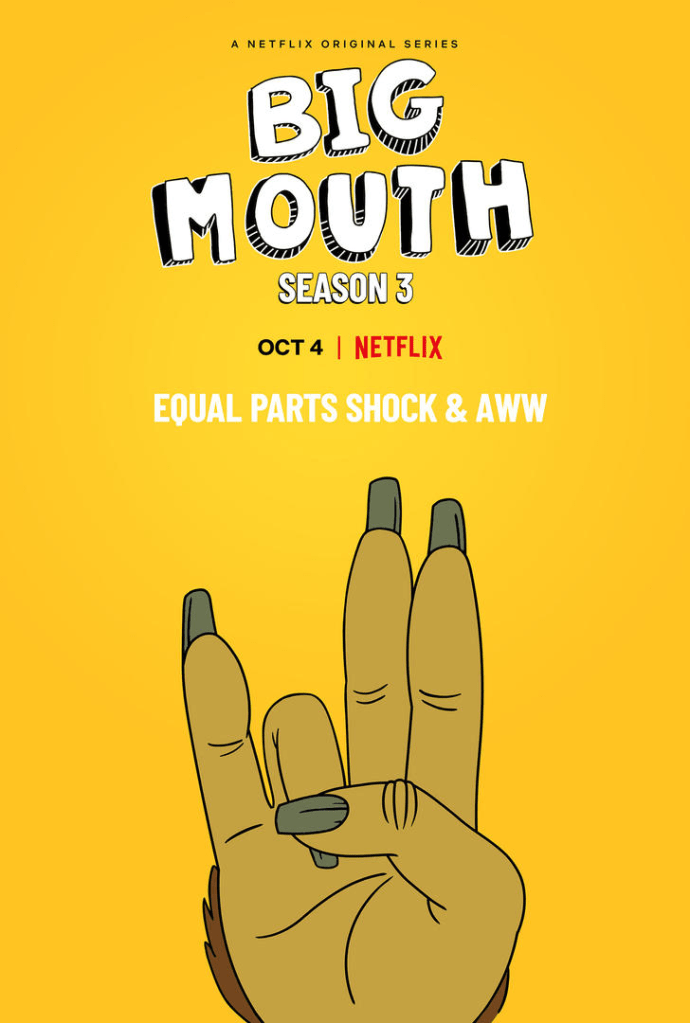 * Jeff Meacham has been promoted to series regular as Dre’s co-worker Josh for the upcoming sixth season of black-ish, Deadline reports. The ABC comedy returns Tuesday, Sept. 24 at 9:30/8:30c.

* Madam CJ Walker, Netflix’s four-part limited series about the black hair care pioneer and mogul, has added Bill Bellamy (Insecure) in the role of Sweetness, a savvy banker who is inspired by Madam Walker’s success and angles for a way to get in good with her — by any means necessary.

* NBC will air A Little Late With Lilly Singh: The Primetime Special on Wednesday, Sept. 18 at 10/9c, following the two-hour America’s Got Talent finale. The hour-long special comes two days after Singh’s late-night launch (on Monday, Sept. 16 at 1:35 am).