Rapper Missy Elliott will be honored with the Video Vanguard Award at the 2019 VMAs, to be held Monday, Aug. 26 at the Prudential Center in Newark, N.J. and air live on MTV; comedian/actor Sebastian Maniscalco will serve as host.

Elliott will also perform live during the telecast, marking her first return to the VMAs stage since 2006.

With a legacy that spans three decades and which has influenced other artists to elevate themselves, “Missy’s impact on the music landscape is indelible,” says Bruce Gillmer, Head of Music & Music Talent at Viacom. “Her creative vision across production, performance and songwriting is unmatched.”

The equivalent to a lifetime achievement honor, the first Vanguard Awards were handed out in 1984 at the inaugural MTV Video Music Awards — to David Bowie, The Beatles, and A Hard Day’s Night director Richard Lester. In 1991, three years after Jackson himself was bestowed with the award, it was renamed the Michael Jackson Video Vanguard Award. In July, unnamed sources alleged to Page Six that there had been “heated discussion at the network” about whether to keep Jackson’s name attached to the prize, in the wake of the damning but disputed Leaving Neverland documentary. Hours into a TVLine poll, 60 percent said that MTV should not remove Jackson’s name; a day later, that vote of support swelled, finally settling in at 91 percent.

News of Elliott being tapped for the Vanguard Award was announced via a press release that was “flipped and reversed,” as seen below. Fortunately, a kind soul also provided it in readable format, saving us an awkward trip with a MacBook to the restroom mirror. 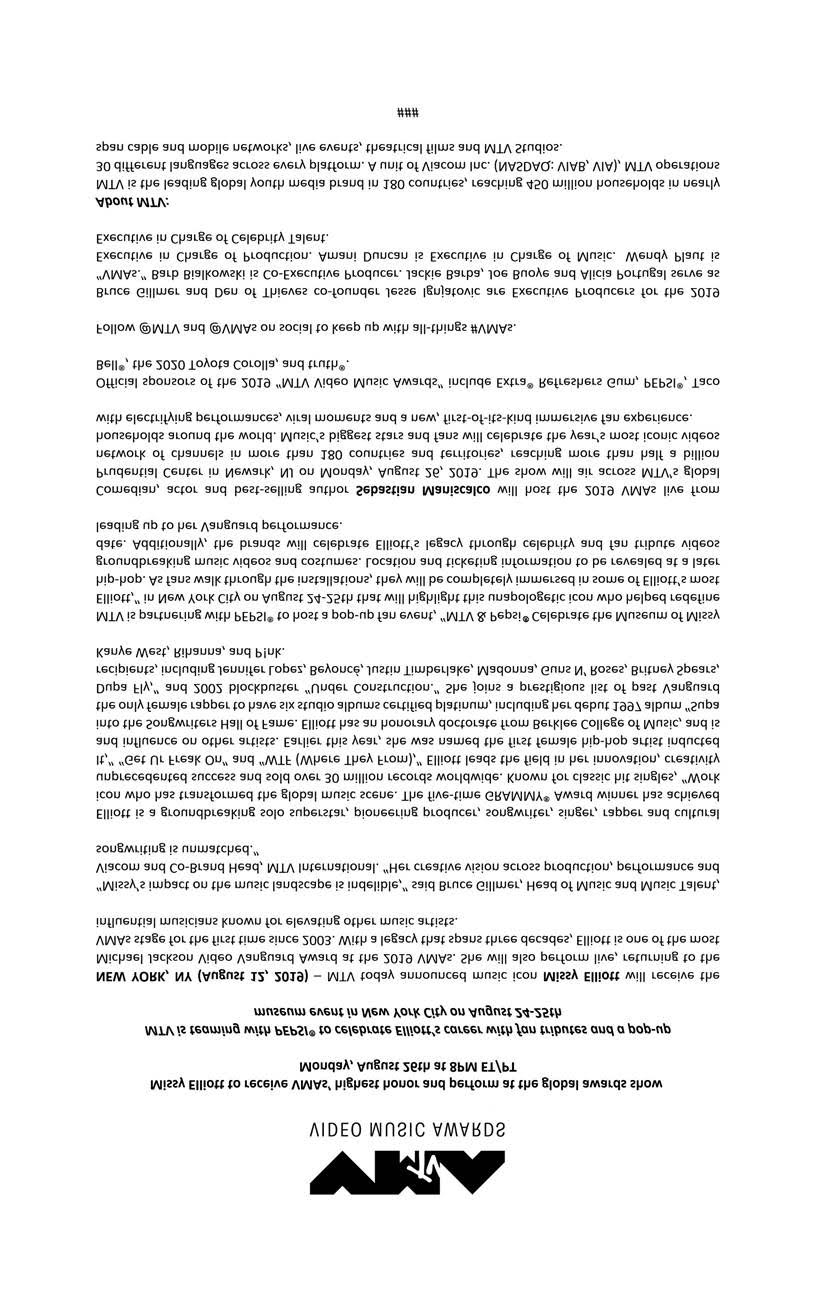