THE PERFORMANCE | It’s a question Younger fans have wondered since Day 1: How will Diana Trout, the no-nonsense marketing maven and queen of statement necklaces, react when she inevitably learns that her plucky “millennial” assistant Liza is actually in her early forties? After six years, 68 episodes and countless cover-ups, the truth finally came out this week — and thanks to an unforgettable performance from Miriam Shor, it was well worth the wait.

Much like Diana’s wardrobe, there was nothing subtle about her initial response to the truth, which resulted in a full-blown panic attack in the heart of Times Square. But where a lesser actress might have relied solely on such theatrics to express her disbelief, Shor also excelled in the episode’s quieter moments, taking viewers through every step of her emotional process in a way that felt honest and earned. And this was merely a precursor to the main event, when Liza and Diana eventually confronted one another in the episode’s gut-wrenching final scene.

Like a soldier being stripped of her armor, we watched Diana’s defenses slowly fall. And as her stoic outer shell dissolved before our eyes, one thing became clear: It wasn’t the lie itself that hurt her, it was the sting of betrayal by someone she considered a close friend. Someone she let in. Someone she loved. If you didn’t already understand how deeply these two women care for one another, you no longer have an excuse for your ignorance. Fighting back tears, Diana recounted all of the tasks — first menial, then meaningful — that Liza has done for her over the years, from picking up her dry cleaning to picking up the pieces of her once-shattered love life.

Watching Diana comprehend the depth of her feelings for Liza in real time was both powerful and cathartic, an undeniable testament to the complicated, incredible character Shor has crafted during the show’s run. We’ve seen varied reactions to Liza’s secret over the years, but Younger truly saved the most satisfying for last, reminding us that you don’t always need romance to tell a proper love story. 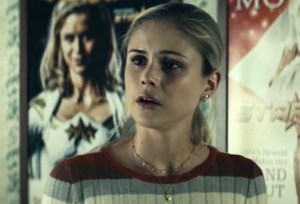 HONORABLE MENTION | Amid its noisier (and gnarlier) flourishes, Amazon’s The Boys explored the question, “What makes a superhero?” — especially with its finale, in which Erin Moriarty’s faith-based Annie confirmed Starlight’s impure origin story. “How old was I when you let Vaught pump me full of drugs? When you let them turn me into a freak?” she railed at her mom, referencing her Compound V-created powers. Processing the dark truth, Annie nearly hyperventilated, while her mother tried to justify her wish to bestow an “extraordinary life” upon her little girl. “You made me think that I was chosen by God!” Annie countered. “This was your dream; I never got a chance to choose my own. No wonder I don’t know who the f–k I’m supposed to be.” In that tense face-off, plus scenes with Hughie and Queen Maeve, Moriarty flaunted her own power, to make us feel Annie’s existential pain. 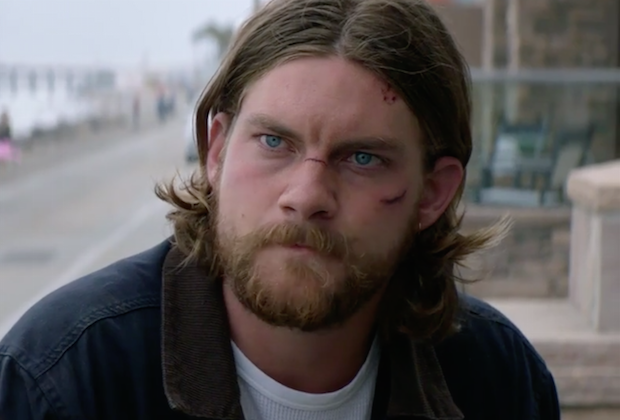 HONORABLE MENTION | Since Animal Kingdom’s Deran found out that the feds were trying to get the goods on his family of thieves from his boyfriend Adrian, Jake Weary has played his conflicted character like a human pressure cooker — one that, in “Julia,” he allowed to blow in spectacular fashion. As Deran revealed to Adrian that mom Smurf had found out and “wants me to kill you,” the actor barely spoke above a whisper, every syllable seeming to catch in his throat. Then, when Adrian continued grasping at straws, thinking that there had to be a way out, kaboom! Weary let Deran explode in a fit of red-faced rage and terror that shook the screen almost as much as it did Adrian. Emotions don’t get any rawer, performances any more memorable. 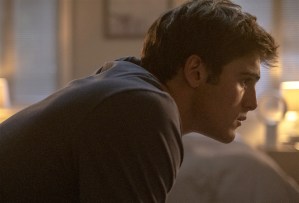 HONORABLE MENTION | Euphoria‘s troubled jock Nate has quickly become one of the most detestable characters on TV, so it says a lot about Jacob Elordi‘s stellar work in this week’s season finale that we actually… felt kinda bad for him? Nate has been treating his girlfriend Maddy like dirt all season long, and Elordi was genuinely terrifying as Nate violently exploded on her during yet another petty argument. But Nate directed his simmering anger at himself, too: During a physical fight with his dad Cal, Nate started sobbing and savagely bashed his own head against the floor out of frustration. (Elordi reportedly gave himself a concussion while filming that scene.) Nate is very messed up, to be sure, but Elordi’s stunning performance showed us once again that inside every bully, there’s a wounded soul that’s just crying out to be heard.