The life of an up-and-coming comedy star can be a stressful one, but The Marvelous Mrs. Maisel looks plenty relaxed in the first photo from Season 3.

As previously reported, a portion of the comedy’s third season was filmed on location in Miami, which is the setting of the new episodic image below. In the photo, Rachel Brosnahan’s Midge is lounging poolside in an unsurprisingly fashionable ensemble, Vogue magazine in hand. Midge’s manager, Susie, is also soaking up some rays — though she looks a bit less content than her client.

Speaking of Emmys, the comedy was well-represented in last month’s nominations for the 71st annual ceremony. With 20 nods, Mrs. Maisel drew the second-highest total, behind only Game of Thrones‘ final season, which scored 32 nominations.

The Marvelous Mrs. Maisel is expected to return in late 2019. At the end of the show’s second season, Midge accepted an offer to join crooner Shy Baldwin on a tour of the U.S. and Europe — and ditched fiancé Benjamin to spend one more night with her ex Joel.

Scroll down to view the full Season 3 photo, then drop a comment with your thoughts! 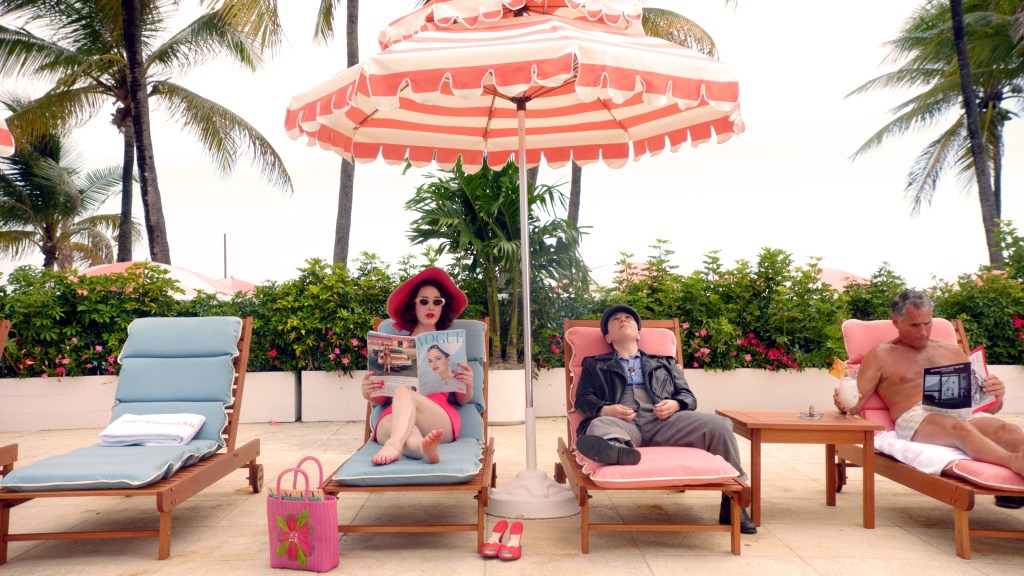