For The Walking Dead newcomer Virgil, life’s a beach and then you die… and reanimate. So no wonder he looks so glum in the images AMC released Thursday of Kevin Carroll in character.

As previously reported, the alumnus of The Leftovers and Snowfall is joining the cast in Season 10 (which premieres Sunday, Oct. 6) as “a highly intelligent and resourceful man who is desperately trying to get home to his family.” And he’s not the only fresh blood being pumped into the series: Thora Birch, best known for her role in American Beauty, has also been added to the ensemble as Gamma, a Whisperer sentry who’s as dedicated to Alpha as the villainess’ daughter Lydia isn’t. (AMC gave us our first look at the baddie a week ago.)

Per the show’s official logline, when we rejoin the action, “it is… a few months after the end of Season 9, when our group of survivors dared to cross into Whisperer territory during the harsh winter. The collected communities are… reluctantly respecting the new borderlines being imposed on them, all while organizing themselves into a militia-style fighting force, preparing for a battle that may be unavoidable… seemingly a fight they cannot win.”

In addition to walkers and Whisperers, our heroes will be up against “paranoia, propaganda, secret agendas and infighting that will test them as individuals and as a society.” To check out the sneak-peek shots of Carroll as Virgil full-size, click on the images below. 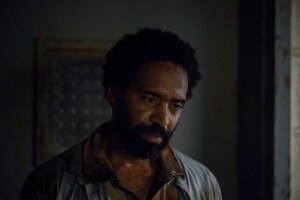 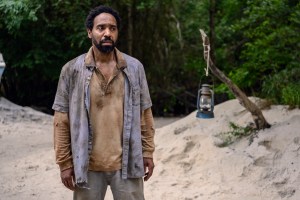