THE PERFORMANCE | As the outrageous ball emcee on FX’s groundbreaking LGBTQ drama, Porter’s Pray Tell is the unofficial den mother for the entire ball community. But Pray Tell needed some support himself this week after a serious health scare, and Porter responded with a searing, show-stopping performance.

Pray Tell was rushed to the hospital after collapsing mid-ball and diagnosed with an adverse reaction to his AZT treatment, and Porter was sensational as a thousand intense emotions rushed across Pray Tell’s face in that hospital bed: fear, anger, vulnerability, defiance. (“I’m sick of not knowing how fast or how slow I’m going to go,” he said through gritted teeth.) After turning away those closest to him, Pray Tell was visited, A Christmas Carol-style, by spectral visions of Candy, his dead boyfriend Costas… and, most heartbreakingly, his late stepfather, as we learned Pray Tell had been sexually abused as a boy. It was a marathon of raw emotion, but Porter shined throughout, letting us see the battered heart that lies underneath Pray Tell’s flamboyant bravado.

If that weren’t enough, Porter delivered a pair of musical numbers, too: a silky-smooth rendition of “The Man That Got Away” in an extravagant fantasy sequence, and a triumphant duet of Stevie Wonder’s “Love’s in Need of Love Today” with Blanca at the AIDS cabaret. Pose has introduced us to a shocking amount of fresh talent that never got the proper spotlight — but as this week proved once again, Porter’s talent is absolutely transcendent. 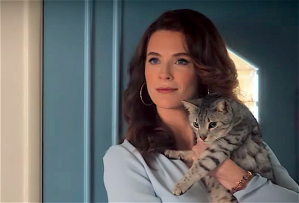 HONORABLE MENTION | The highly prolific Bridget Regan has been deliciously evil for five seasons now as Jane the Virgin‘s criminal mastermind Rose (aka Sin Rostro), and she got a fittingly juicy send-off this week, as Rose popped up yet again to make Jane’s life miserable. Stroking Jane’s cat like a Bond villain, Rose coolly threatened to kill poor Mateo if Jane didn’t reunite her with Luisa, and Regan turned Rose’s usual mustache-twirling up to an 11, equal parts terrifying and hilarious. This was Rose’s swan song, though, as she took a swan dive and fatally impaled herself, so it’s nice that Regan got to give her meatiest performance yet as Rose before saying goodbye for good. We know Jane won’t miss seeing Rose lurk around every corner… but we will. 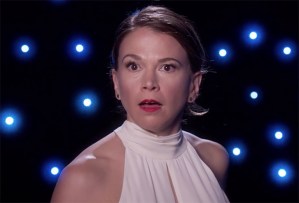 HONORABLE MENTION | Younger‘s Liza spending the weekend at an LSD micro-dosing retreat with flames past and present sounds as crazy as you’d expect, but Sutton Foster came through with the comedic timing (and dance moves) to pull it off. After getting settled, Liza literally takes a “happy” pill and promptly hallucinates. The next day, when she imagines that Charles and Josh have switched voices, Foster’s face is a convincing mix of shock, horror, and WTF as she leaves to get help. While with the nurse (another hallucination), Liza is high enough to believe she’s an amazing dancer. Foster channels her experience a Tony-winning performer as Liza effortlessly glides across the floor, then shows Liza’s drug-induced silliness when it’s revealed that she’s actually partnered with a plant. Foster continues to bring fresh energy six seasons in, and she does it by giving Liza a perfect dose of humor and charm. 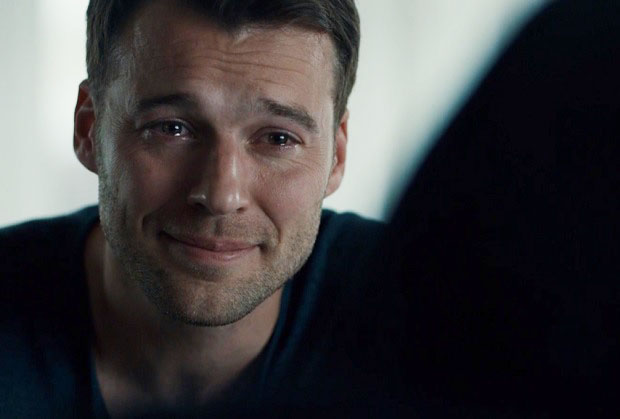 HONORABLE MENTION | On this week’s Burden of Truth season finale, Peter Mooney took a small brotherly moment and turned it into one we won’t soon forget. As his character Billy watched his sibling’s mental health deteriorate, Mooney’s face subtly shifted from guilt at what he had to do to get his brother help to a look of fear and sorrow. “Shane, promise me you’ll take the meds,” Billy pleaded, Mooney’s eyes brimming with tears. When Shane proceeded to share his delusions and call Billy his protector, Mooney’s broken smile conveyed everything there was to know about how desperately Billy was trying to hold it all together and put on a brave face. In a series that’s often about how family can break your heart, Mooney broke ours with a piercing portrayal of a brother’s anguish.