Two new (yet familiar) faces are coming to Supergirl in Season 5 — and they have very different plans for National City. As revealed during the CW drama’s San Diego Comic-Con panel on Saturday, Julie Gonzalo (Veronica Mars) and Staz Nair (Game of Thrones) are joining the show as series regulars.

Gonzalo is playing DC Comics character Andrea Rojas (aka Acrata), “a polished businesswoman and heir to a Central American tech empire [who is] now making a hostile advance into the world of media. Unapologetic and unafraid to make waves, she also holds a mystical secret.” As revealed on the panel, Andrea will take over as the head of CatCo — which makes sense, considering James is on his way out.

Nair will play as “hardened reporter William Dey, an original character created for the series. On the surface, he’s a cynic and a sellout who looks down on Kara’s earnest idealism. Dey’s not interested in making friends, he just wants to get the story — but his ties to the criminal underworld could prove problematic.”

Both characters will make their debut in Supergirl‘s fifth season premiere, airing Sunday, Oct. 6, following the series premiere of Batwoman. And here’s another fun reveal from the panel: Jesse Rath’s sister, Meghan Rath (Hawaii Five-0), will appear as a female Brainiac 5.

The show also unveiled an official first look at Kara’s new costume for Season 5 — as teased by star Melissa Benoist on Instagram earlier this week — which you can peruse in all its glory below: 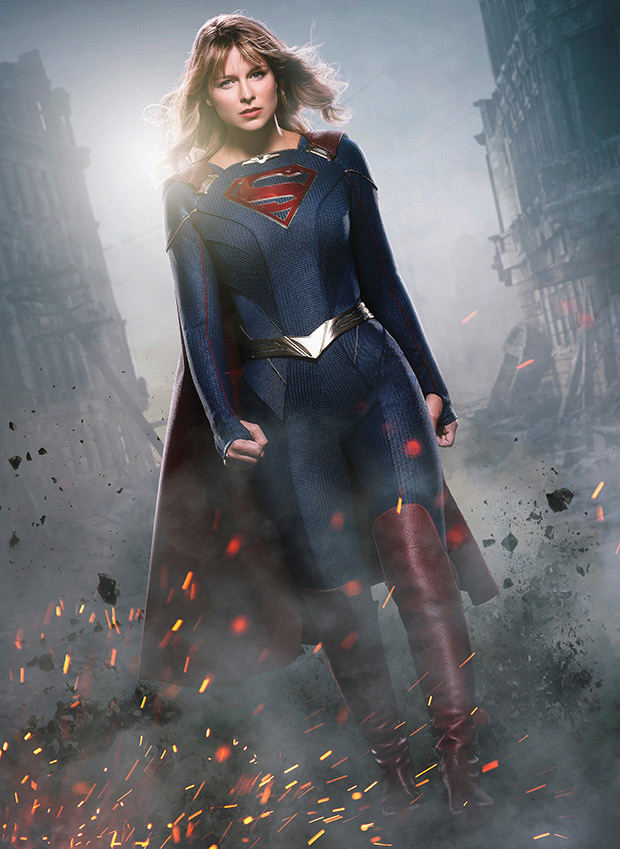 “We’re beyond excited to update Supergirl’s iconic suit,” executive producers Jessica Queller and Robert Rovner said. “We think her new image is strong and powerful. We hope the fans are as excited about it as we are.”