Question: Thank you very much for answering my previous question about Mac in the Hulu Veronica Mars revival. Unfortunately that was back on November 8, when you said The Powers That Be were working to bring back Tina Majorino. Of course, I will love anything Veronica Mars-related, but I really feel the revival just won’t be the same without Mac! Please put my mind at ease with some 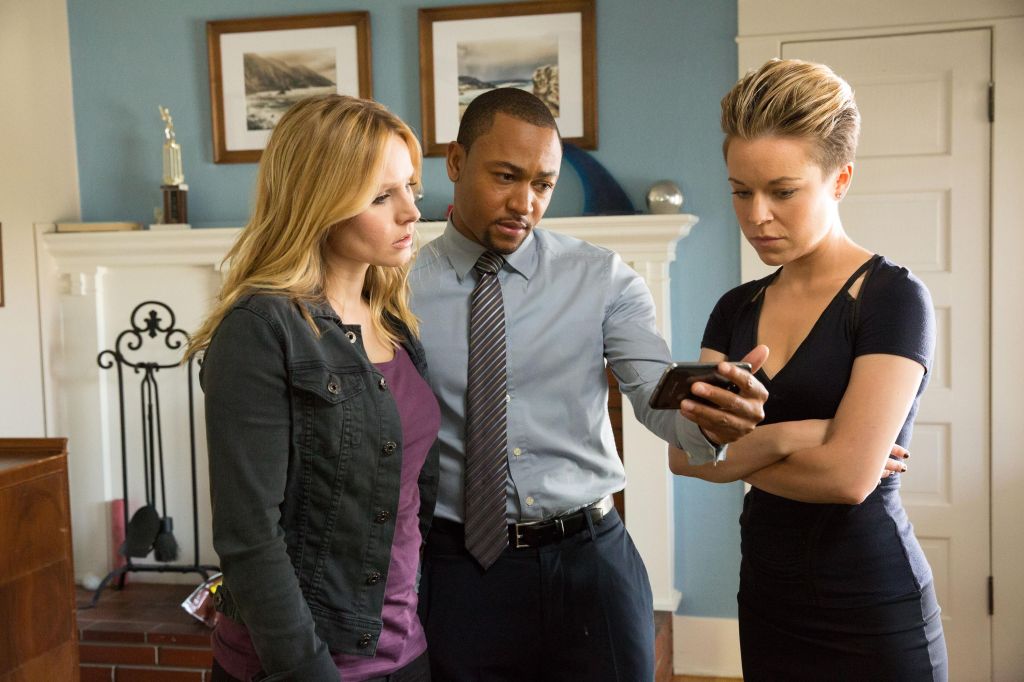 good news! —Jordan
Ausiello: I have bad news! Hulu’s upcoming revival will be 100 percent Mac-free. The slightly better news is that the series’ crackerjack hacker gets name-dropped several times in the eight episodes (let’s just say her IT services are sorely missed). Also, we will learn why she is MIA.

Question: Anything you can reveal about the status of Logan and Veronica‘s relationship in Hulu’s Veronica Mars revival? —Lital
Ausiello: I’m gonna let Kristen Bell take this one: “When we begin, Veronica, Logan and Pony are living in a 600-square-foot beachfront apartment (check out the super-cozy space!) having what is seemingly a healthy relationship,” she teases. (I think the word you wanna focus on there is seemingly.)

Question: Younger Q for ya. Now that Josh and Claire aren’t getting back together, is a Josh-Liza reunion imminent? —Kate
Ausiello: Judging by your question, I can already tell how you voted in our recent Josh-vs.-Charles poll — so I’m sorry to inform you that Liza will remain fully committed to her current beau for the foreseeable future, despite the myriad secrets he’s keeping from her. That said, you’ll still get plenty of interactions between Josh and Liza, including one particular scene coming up that should give you a major sense of deja vu.

Question: Any Legends of Tomorrow casting announcements on new series regulars, exits, etc. coming soon? —Derrick
Ausiello: Rumor has it that Season 5 will introduce a new male character that can best be described as a cross between Captain Jack Sparrow and a Russian-accented Russell Brand.

Question: Do you have any information on whether or not Matt Ryan is returning to Legends of Tomorrow next season? —Betty
Ausiello: Our own Matt, Mitovich, checked into this, and yes: Constantin’s portrayer is continuing as a series regular for Season 5 (premiering at midseason).

Question: Anything to bide MacGyver fans’ time until midseason? —Jules
Ausiello: I can report that CSI: NY alum Emmanuelle Vaugier is set to guest-star during Season 4 of the CBS drama as Major Frost, a general’s assistant who appears dutiful but may in fact be committed to a nefarious cause. 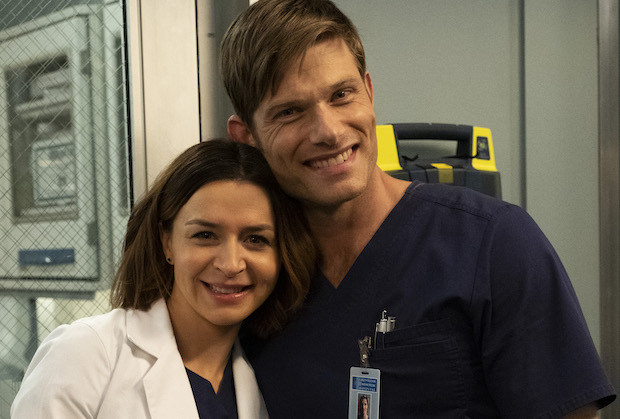 Question: Grey’s Anatomy withdrawal is real. Got any scoop? — Becca
Ausiello: Right there with ya, Bec. How’s this to tide you over? When Season 16 kicks off on Thursday, Sept. 26, we may get to fall for Amelia and Link as a couple all over again. “I think Amelia used Link initially the way we use a rebound relationship — to not feel the grief, to not feel the big feelings” from her breakup with Owen, showrunner Krista Vernoff tells TVLine. Since Amelia ended Season 15 with the decision to give Link and their relationship a real shot, their interaction can’t be just “pain management” anymore. “So,” the EP says, “it’ll be really interesting to see how it evolves.” Translation (at least in my mind): funny, sexy, sweet.

Question: Grey’s isn’t really going to send DeLuca to jail, right? — Susan
Ausiello: Doubtful. But, as showrunner Krista Vernoff points out, “we have painted ourselves into a very real corner” by having Andrew lie that he, and not Meredith, committed insurance fraud. “It’s safe to say [that getting him out of that corner] is going to be complicated.” Going forward, he’s going to have a lot to learn from his lover about when to and not to ride to the rescue. “She already began to [teach him],” Vernoff notes, “in her final [Season 15] speech to him, where she told him, ‘Look, if we’re going to be together, you’re gonna have to develop some instinct for self-preservation, and you’re gonna have to trust me to stand in my own truth.’ That was her teaching him what it is to be with her. And more will be revealed.”

Question: Care to share a Flash scoop? —Gene
Ausiello: It looks like Iris is hiring at the Central City Citizen. Per sources, The Flash is looking for a Latinx actress to play an eager cub reporter with a hankering for social justice.

Question: Please, please tell me that Dr. Sharpe and Georgia did not die in that accident on New Amsterdam! —Laurie
Ausiello: I can’t because I honestly don’t know. Regarding the crash’s third victim — Lauren Bloom — showrunner David Schulner maintains that “no matter what happens, she’s going to have some sort of impact” on her ex Floyd’s relationship with Evie. Speaking of the newly engaged couple, “There’s going to be a new twist to the relationship that is going to be even harder than the issues his mother raised,” Schulner cryptically teases. 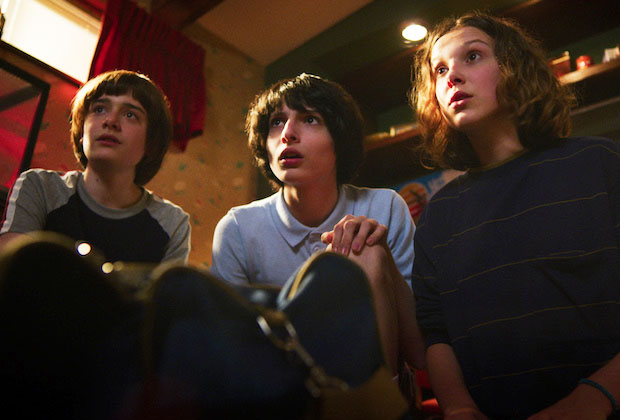 Question: Just finished bingeing Stranger Things Season 3 (loved it!) and I gotta know: Will [spoiler] be back for Season 4? —Bailey
Ausiello: [Spoiler]’s current contract carries him through a potential fourth season (and possibly beyond), but that doesn’t necessarily mean producers will pick up his Season 4 option. FWIW, the latest Vegas odds put the chances of him/her returning at duh.

Question: Please tell me there’s something lighter coming in The Handmaid’s Tale. This season feels so dark. — Vicki
Ausiello: I totally agree, and I’m glad to report that after next week’s (even more rough on June than normal) episode, our heroine finds new purpose, a new mission and — perhaps most importantly — some serious buy-in from one of Gilead’s Powers That Be. BONUS SCOOP: You might think you know what muffins and scones mean, but that’ll change by the end of Episode 10.

This AAnd That…
♦ Big Little Lies: Dave Nemetz has already seen Season 2’s penultimate episode (airing this Sunday) and can confirm it contains the following: a definitive answer as to what Jane’s boyfriend Corey was doing at the police station; major courtroom fireworks during Celeste’s custody hearing; a shocking discovery for Renata; and a stunning monologue from Bonnie that might just change everything for the Monterey Five.
♦ Suits: Although Patrick J. Adams doesn’t return until Episode 5, Mike and wife Rachel (Meghan Markle) are name-checked multiple times during the ninth and final season premiere (airing next Wednesday, July 17).
♦ Chicago Fire: A new paramedic is headed to town — perhaps to replace the newly engaged Brett?! — and the recurring character sounds like Anderson Cooper minus a couple dozen IQ points.