Created for TV by Chris Van Dusen (Scandal, Grey’s Anatomy) and titled (surprise!) Bridgerton, the Netflix drama is set in the sexy, lavish and competitive world of Regency London high society. “From the glittering ballrooms of Mayfair to the aristocratic palaces of Park Lane and beyond, the series unveils a seductive, sumptuous world replete with intricate rules and dramatic power struggles, where no one is truly ever on steady ground,” reads the synopsis. “At the heart of the show is the powerful Bridgerton family. Comprised of eight close-knit siblings, this funny, witty, daring and clever group must navigate the upper ten thousand’s marriage mart in search of romance, adventure and love.” 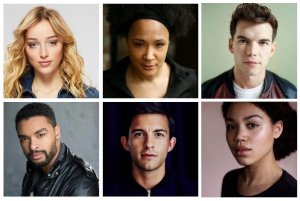 Phoebe Dynevor (Snatch, Younger) has landed the female lead, as Daphne Bridgerton, it was announced on Wednesday. Other castings (left to right, top to bottom) include Golda Rosheuvel as Queen Charlotte, Luke Newton (The Lodge) as Colin Bridgerton, Rege-Jean Page (For the People) as Simon Basset, Jonathan Bailey (Broadchurch) as Anthony Bridgerton and Ruby Barker (Wolfblood) as Marina Thompson 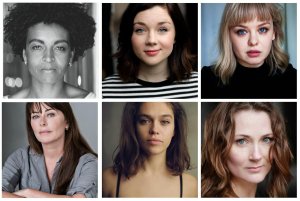 Do these castings amp up your anticipation for this adaptation?