If you’ve ever ended an evening at a carnival puking your guts out after too many twirls on the Gravitron… you’ve still had a better night at the fairgrounds than Jules does in this week’s Euphoria.

Rue’s bestie meets “Tyler” at the end of this week’s episode, and to say it doesn’t go well is the understatement of the summer. Threats are made. Epithets are flung. Physical intimidation is levied. And I leave the encounter somehow more scared for Jules than I was before, if that’s possible.

Nearly the entire hour takes place at a carnival, which gives us peeks at Nate’s family dynamic in action, Kat’s newfound sexual liberation and Cassie’s earth-shaking reaction to a certain drug. Oh, and Rue spends time worrying about someone instead of causing worry, so that’s a nice change, too.

Read on for the highlights of “Shook Ones Pt. II.”

JULES’ BACKSTORY | “When Jules was 11 years old, her mom took her on a road trip,” Rue narrates as we watch a younger version of the blonde visit a psychiatric facility several hours’ drive from her home. The place is described as “where children can learn to feel better about themselves,” a doctor informs her during a tour. The place is fairly depressing (cinderblock walls, fluorescent lighting, lots of kids looking either really checked out or incredibly angry) and Jules soon says she wants to go home. That’s when she realizes that her mom has institutionalized her without saying a word.

We learn that Jules has been “sad for a really long time,” as she mentions in group therapy. “Truth was, Jules hated herself,” Rue’s voiceover fills in, taking us through how Jules has hated her brain and her body for years. We watch as she uses a ripped soda can to slice her wrists (and immediately regret it) at the hospital; eventually, though, she feels much better and comes home. Jules’ mom, however, “got worse and went away,” Rue tells us. Dad became the primary caregiver; at 13, Jules started transitioning. And “by 16, Jules had gotten a little slutty,” Rue adds.

The guys she hooks up with are almost uniformly cisgender male, in a relationship and adamant that they are not gay. We see flashbacks to some of Jule’s rendezvous, including the icky motel evening with Nate’s dad, Cal. As he’s violently having sex with Jules, Rue tells us that her friend often pretends that the awfulness is happening to someone else, beacuse “It’s not like her body ever really belonged to her in the first place.” Also, Jules had a dream of spending the rest of her life with Rue, living together in a city where they’d ” maybe date other people, but always sleep in the same bed.” However, that was before Tyler came into Jules’ life.

PANCAKES WITH ALI | Rue is ruminating on how she has no passion for anything and how she suspects most people don’t when she’s interrupted by Ali, the guy from outside her Narcotics Anonymous meeting. “Rue, I don’t give a s—t. Why’d you call me?” (Ha!) They’re at a diner and she’s eating pancakes. She admits she had no one else to call. He probes about what prompted her to make the call, and she vaguely references her “misreading” of the situation in Jules’ bedroom in the previous episode. Ali hones in on the girls’ relationship, likening Rue’s obsession with her friend to her relationship with illicit substances. But her friendship with Jules is a good thing, Rue protests. “Didn’t drugs feel real good the first time you tried ’em?” he counters. 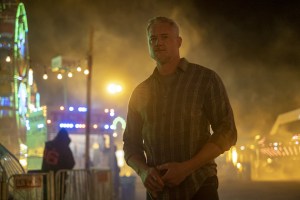 RECONCILIATION | Nate’s entire family is at the carnival, manning a chili contest booth. When Maddy approaches, wearing something straight outta Xtina’s 2002 “Dirrty” video, Nate freaks out. “Why are you dressed like a hooker?” he says angrily, adding that his parents already don’t like her — which is news to her — so she’s got to go home and change into something more respectable. She instead stalks off to find her friends.

When McKay and Cassie swing by the Jacobs family’s booth, Cal harangues McKay about how he’s gotten very little playing time on his college football team. “I’m just trying to help him keep a girl like her,” Cal creepily tells his family, indicating Cassie. But when McKay says that he and Lexi’s sister are just hanging out, she gets salty quickly.

Near tears, Cassie later presses McKay about why he told her he loved her but then denied that she was his girlfriend. He says he didn’t want to say anything in front of Nate, because he’d make fun of them, given “what you’ve done.” (He’s, of course, referring to that directory of nudes and such that Nate showed him in the pilot.) And when she asks for clarification, he says it’s not a secret and tells her he wants to call it a night. They part ways.

Elsewhere, Jules and Rue see each other from across the crowd. Jules run to Rue and happily hugs her. “Can we just pretend like what I did wasn’t super-weird?” Rue asks, and is relieved when Jules happily complies. They are very snuggly. Jia, who’s watching with Lexi, matter-of-factly comments, “I think she’s in love with her.” 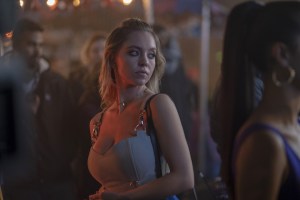 HIGH TIMES AND MISUNDERSTANDINGS | Because both of their boyfriends are being asshats, Maddy and Cassie wind up buying Molly from Fezco and his brother, who are manning a pretzels-and-then-some stand. “I went through Nate’s phone, and it was weird,” Maddy confesses, swearing her friend to secrecy. Then the drugs kick in and they ride the ferris wheel and hit the house of mirrors.

Elsewhere, Ethan finds Kat and they wind up hanging out. They’re having a really good time until she sees him talking to a skinny blonde woman — turns out, it’s just a co-worker of his sister’s who’s looking to cover a shift — and assumes the worst. Kat dumps their slushies on the ground and takes off in a huff, with an oblivious Ethan wondering where she went.

Kat winds up underneath one of the rides with a carnie who used to go to her school and is rumored to have a large Drop Tower, if you catch my drift. They have sex up against the machinery. Afterwards, he wonders whether she was satisfied by the experience. “No,” she says, walking away and laughing.

Meanwhile, Cassie kisses a guy on the carousel but then starts getting a little too into the way she’s rubbing up against her horse. Once she’s worked the pole like an exotic dancer (and has had a very public orgasm from doing so), she realizes that everyone is watching her, and she slinks home in tears.

WHO’S YOUR DOMINANT DADDY? | Back at the Jacobs’ booth, Jules sees Cal and realizes he was the guy from the motel. So she tells Rue, who doesn’t believe her. To prove she’s right, Jules struts right up to the tent and orders some chili: When he sees her, Cal’s hands start shaking so badly that he drops her cup of chili. 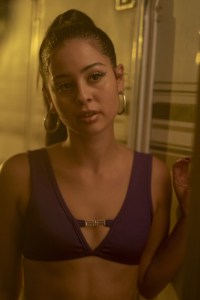 NATE IS FOUND OUT | When it’s time to award the cook-off prize, Cal’s repeat victory quickly dims in comparison to the spectacle Maddy makes when she marches up, knocks over the vat of chili and calls Mrs. Jacobs the c-word.

It’s all fun and hallucinogens until Nate catches up to Maddy and pulls her to a secluded area to angrily announce that he’s “so done” with her. He roughly pushes her up against a trailer, his hand wrapped around her throat, and it’s scary. When she’s gotten her breath back, Maddy says, “Explain to me why you have someone else’s d—k on your phone.” DAMN.

Nate’s entire demeanor instantly changes. He sputters that it’s “complicated,” and that he’s going through something he can’t explain. He tearfully asks her to promise that she won’t tell anyone about what she saw, then apologizes for getting so furious with her. He tells her he loves her and says he’s really confused. And then, in the classic abuse turnaround, she finds herself comforting him even though she was the one pinned up against a trailer moments before.

During the end-of-evening fireworks, Cal tracks down Jules and begs her not to ruin his life. He’s clearly expecting blackmail of some sort, so he’s surprised when Jules says, “I have no intention of hurting you or anything… It won’t be a thing. Don’t worry.” He thanks her and walks away, relieved. Just then, Jules gets a text from Tyler: “Wanna meet in 30?”

LATER, AT HOME | During most of this, by the way, Jia has gone missing. Rue searches and searches, getting more worried by the minute, until she finds her smoking up with McKay’s brothers. Rue eventually gets her little sister home and in bed without their mom knowing what happened; you can tell, though, she’s a little shaken.

On a similar note, Maddy goes home and realizes that Nate’s grip left a bruise on her neck. She cries when she sees it in her bathroom mirror. 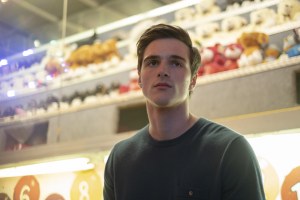 THE REVEAL | But don’t worry: Nate’s horribleness isn’t done yet. Jules waits for Tyler in a secluded area and is horrified when she realizes that her texting crush is really Nate. He delivers this rom-com-type monologue in which he says he feels closer to her than anyone, but she’s crying. “I don’t trust you, Nate,” she says quietly, and he responds in kind. He keeps advancing on her, then uses his dad’s “Open your mouth” line, but she pushes him away. He instantly flips, telling her she’s broken inside. And then it gets worse.

“Over the last three weeks, you have knowingly produced and distributed child pornography, including obscene images that were taken on school property,” he informs her, adding that he’s taken all of the sultry photos she’s sent him and linked them to an IP address in her name. In their state, he adds calmly, child porn laws apply to minors, too. And if he anonymously reported her, she’d wind up on a sex offenders list that would make college and gainful employment a seriously unlikely proposition. He throws in some incongruous compliments, telling her that she doesn’t deserve to be treated like an animal because she’s kind and smart, then finishes with, “Don’t try to ruin my life, and I won’t have to ruin yours.”

Jules fights back. “You know what I think? I think you’re a fucking f—-t, just like your daddy,” she spits, which cause him to grab her menacingly. “You have a nice night,” he says, then leaves. Jules is so overcome she winds up knocking at Rue’s window. “He didn’t look like his picture,” she says when Rue asks how the meet-up went. Rue hugs her friend as Jules cries a little, then they get in bed. “Are you sure you’re OK?” Rue asks, and Jules shakes her head. Then they kiss.