The Man of Steel is packing a sword of steel in the first photos from Netflix’s awaited adaptation of The Witcher.

Based on the best-selling series of fantasy novels, The Witcher tells an epic tale of fate and family. Geralt of Rivia (played by Henry Cavill), a solitary monster hunter, struggles to find his place in a world where people often prove more wicked than beasts. But when destiny hurtles him toward Yennefer (Wanderlust‘s Anya Cholatra), a powerful sorceress, and Ciri (Freya Allan), a young princess with a dangerous secret, the three must learn to navigate the increasingly volatile Continent together. 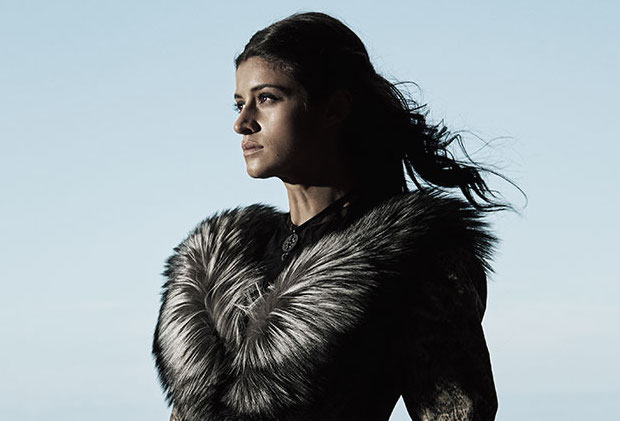 The release of first photos, logos and a teaser poster accompanied the news that The Witcher is heading to San Diego Comic Con, with a cast/showrunner panel at 2:15pm PT on Friday, July 19 in Hall H. (Check out our handy guide to the TV panels announced thus far.)