Jodie Landon is ready for her close up.

MTV announced Thursday that it has ordered to series a Jodie-centric Daria spinoff, with black-ish star Tracee Ellis Ross set to voice the title role.

Titled Jodie, the animated offshoot will follow Daria’s onetime schoolmate “as she comes into her own and enters the workplace in her first post-college job in tech.” Other former students of Lawndale High will also appear in the series. 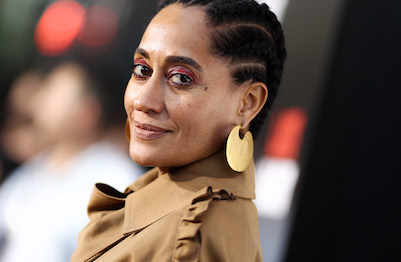 Per MTV, “What Daria did for exploring the inanity of high school, Jodie will do for exploring the trials and tribulations of a first job. With themes of empowerment across gender and racial lines, explorations of privilege, and a wicked sense of humor, Jodie… will shine a light on the personal and professional issues all young people face in today’s complex, socially-conscious world.”

In a statement, Ross — who also serves as an EP on Jodie — said, “Being able to give voice to fresh, feminist and unexplored stories of young women excites me.” The actress also noted that the spinoff marks “the first adult animated show in almost 20 years that will star a black woman.”

Daria ran for five seasons (1997–2002) on MTV, telling the story of a cynical pizza enthusiast widely considered to be one of pop culture’s preeminent animated feminist icons.