An Oscar winner has stepped into the ring for GLOW‘s third season. Geena Davis has booked a guest-starring role on the Netflix dramedy, TVLine has learned.

Davis will appear in Season 3 as Sandy Devereaux St. Clair, a former Las Vegas showgirl who is now entertainment director of the Fan-Tan Hotel and Casino, where the Gorgeous Ladies of Wrestling are headliners.

The ladies’ trip to Vegas will be a complicated one, as they “quickly realize Sin City is much more grind than glitter,” the official Season 3 description reads. “Ever the team cheerleader, Ruth’s passion for the show begins to take a backseat to her growingly complicated personal life. Debbie is making headway as a producer, but continues to be consumed with guilt over the distance between her and her son. As their residency wears on, the lines blur between performance and reality, and the cast finds themselves struggling with their own identities both in and outside of the ring.”

Davis’ character will pop up in five of the season’s 10 episodes. Her recent TV credits include Grey’s Anatomy and The Exorcist.

As recently reported, GLOW‘s entire third season will drop on Friday, Aug. 9. Scroll down for a glimpse at Davis’ character, then drop a comment with your thoughts on her casting. 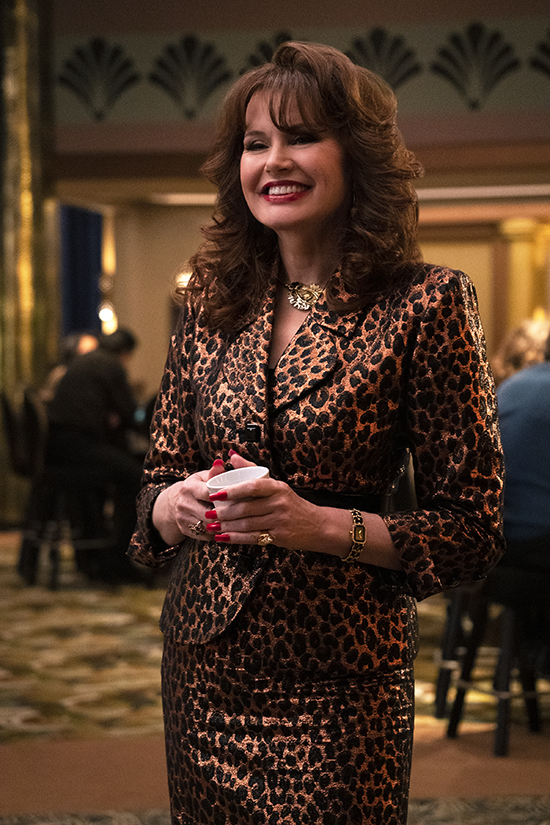