Trying to take down a former superhero with anger issues and quick fists is a fool’s errand… or maybe a Foolkiller’s?

The new trailer for Marvel’s Jessica Jones‘ final season certainly makes it seem that way, introducing Season 3’s big bad: a seriously messed-up individual identified as Gregory Salinger. (Fans of the comic on which the series is based will recognize Salinger as the alter ego of a villain known as Foolkiller.) The arrival of Salinger means that Jessica and Trish have to fix what’s wrong in their relationship in order to team up and defeat him. “But a devastating loss reveals their conflicting ideals of heroism,” Netflix’s official season synopsis states, “and sets them on a collision course that will forever change them both.”

Hmm… maybe that’s why it looks like we get a good glimpse of Trish as Hellcat during the two-minute spot, as well as this exchange between the ladies. “Are you still a hero if nobody thinks you are?” Trish asks. “Like I give a s–t what other people think,” Jessica replies.

Jessica Jones‘ cancellation was announced back in February (along with The Punisher‘s axing), marking the end of Netflix’s partnership with Marvel TV. Daredevil, Iron Fist and Luke Cage all had met the same fate weeks earlier.

Marvel’s Jessica Jones returns to Netflix on Friday, June 14. Scroll down to see the Season 3 poster (click on the image to see it larger), then hit PLAY on the video above to hear Salinger mess with Jess’ head, then hit the comments: Are you looking forward to the show’s final season? 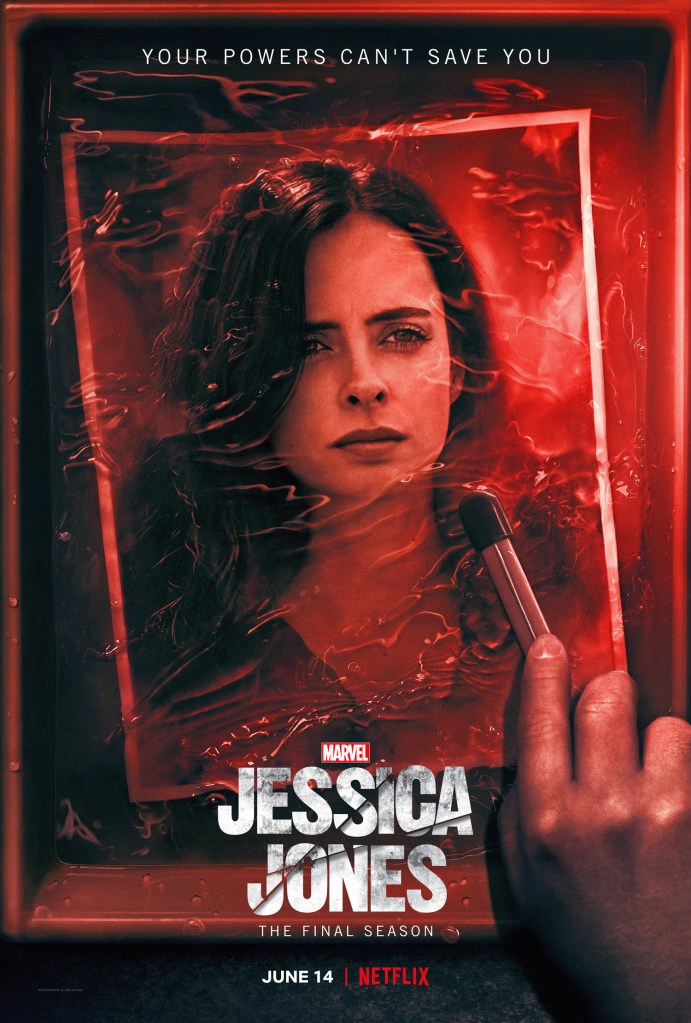