Remember Reese Witherspoon’s Madeline Mackenzie screaming “I want more!” midway through Season 1 of Big Little Lies? That was me, after the all-too-brief freshman season wrapped up. Seven episodes just wasn’t enough time to spend basking in the Monterey sun with these marvelously complicated women. I was wary, though, when HBO renewed it for a second season: Literary adaptations that go beyond their source material can be tricky. (Right, Game of Thrones?) But there was no need to worry. Season 2 of Lies — debuting this Sunday at 9/8c; I’ve seen the first three episodes — delivers everything we loved about the first season… and, well, more. 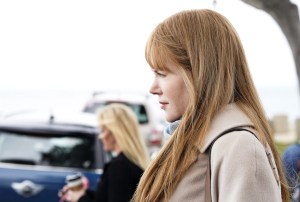 Much of the sophomore run will feel blissfully familiar to fans. It’s got the same great music, the same gorgeous houses, the same tightly wound Madeline. (Seriously, though, for all the well-deserved awards Nicole Kidman won last time, I don’t think we fully appreciated how amazing Witherspoon is in this role.) Director Jean-Marc Vallée has been replaced by Andrea Arnold, who helmed the 2009 Michael Fassbender gem Fish Tank, but the mood and visual style don’t miss a beat in the transition. If anything, Season 2 only gets richer as it digs deeper into these ladies’ lives.

In the wake of the “accidental” death of Celeste’s abusive husband Perry, some of the “Monterey Five” — they’ve been labeled that, like a gang of outlaws — have moved on: Madeline is back to gleefully dicing up her enemies with verbal daggers, and locked in battle with teen daughter Abby about her plans to skip college. (“I don’t f—king care about homeless people!” Madeline blurts out when Abby floats the idea of helping the less fortunate.) But Bonnie — who actually shoved Perry to his death — and Celeste are still haunted by what happened… and the repercussions begin to bleed into the adjoining generations. A visit from Bonnie’s parents gives us a clearer idea of where she came from, while Celeste’s sons struggle to process their father’s sudden absence. 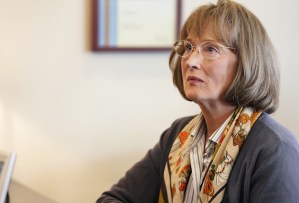 We’re given a few fresh storylines to chew on: Jane gets a weird new love interest (The Alienist‘s Douglas Smith), and Renata faces an abrupt lifestyle change that provides a fantastic showcase for Laura Dern. But the biggest change, of course, is the addition of living legend Meryl Streep as Perry’s mother Mary Louise, who’s moved in with Celeste following Perry’s death. Adding Streep to an already exceptional cast could’ve felt like overkill, but she fits in seamlessly, crafting an immediately captivating character. Mary Louise is mousy but blunt, fanatically devoted to preserving her son’s memory as a “good” man, and seemingly always lurking at the edge of the frame, observing, silently judging. She takes an instant disliking to Madeline, too, and their scenes together are so abrasive, they practically cause sparks.

Season 2 has even improved on the few weaknesses last season had. The flash-forwards to a mysterious crime were always an awkward fit, but in Season 2, writer David E. Kelley (with an assist from book author Liane Moriarty) turns the crime subplot into a strength, examining the gravely serious emotional toll that Perry’s death has taken on the group. (Zoe Kravitz, in particular, has a lot more to work with this time as Bonnie, nearly catatonic with guilt.) Through it all, the signature Big Little Lies approach is in full effect: sharply observed, endlessly patient, emotionally true.

If anything, I still just want more: more episodes (there are just seven in Season 2, again), longer episodes… and for the episodes not to end at all. There’s so much more to explore here that I can’t believe I ever doubted the idea of a second season. Back when Season 1 debuted, I gave it a B-plus, which in retrospect was too low, so I’m making up for that here. Savor this while it lasts, folks: This is as good as TV gets.

THE TVLINE BOTTOM LINE: Season 2 of Big Little Lies gets bigger (and better) with the addition of Meryl Streep, and reasserts itself as one of TV’s top dramas.