This does not bode well. The planet where several Marvel’s Agents of S.H.I.E.L.D. heroes just got into all kinds of trouble is actually named after someone, and we’re about to meet him. Also, another of Enoch’s kind will be entering the mix.

In exclusive photos above and below, TVLine has your first look at new characters played by Anthony Michael Hall (The Dead Zone) and Sherri Saum (The Fosters). Hall has been cast as Mr. Kitson, the fiendish ruler of the alien gaming empire where Fitz and Enoch tried to cheat the tables and Jemma and Daisy found themselves “tripping balls.”

Saum, meanwhile, will appear as Atarah, an aggressive Chronicom who wants something from our team. 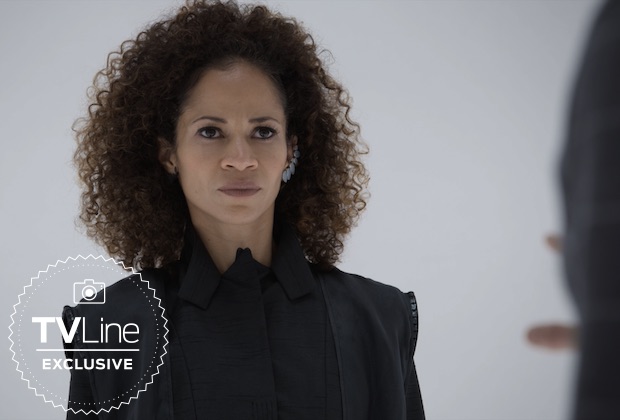 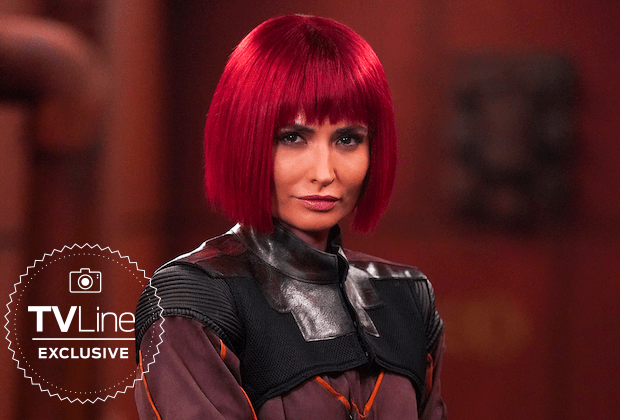 Since his early-2000s run as The Dead Zone‘s Johnny Smith, Hall’s on-camera TV credits have included Psych, Murder in the First, Warehouse 13, Awkward and, most recently, an episode of Riverdale. Saum has recently guested on both the Fosters spinoff Good Trouble and Roswell, New Mexico, and she has the awaited Locke & Key adaptation coming up (where she will play Ellie Whedon).

In other Season 6 casting news, Marvel.com reported that S.H.I.E.L.D. co-showrunner Maurissa Tancharoen will be making an on-screen cameo in the Friday, May 31 episode as Sequoia, a “Coachella-chic social media influencer.” You can see photos of Sequoia in our Season 6 photo gallery.