We’ve got questions, and you’ve (maybe) got answers! With another week of TV gone by, we’re lobbing queries left and right about shows including Game of Thrones, Supergirl, NCIS and Chicago P.D.!

1 | On Hawaii Five-0, even if Hassan’s wife came toting a plastic gun, doesn’t HQ security check backpacks? Also, can you believe that neither Tani/Junior nor Adam/Tamiko gave our Sweeps Scorecard a First Kiss? 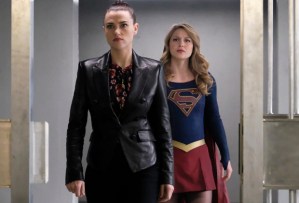 2 | After years of waiting for Lena to learn Supergirl’s true identity, were you satisfied with the way it finally played out in the season finale?

3 | Why, exactly, was Game of Thrones‘ Jon guiding the wildlings beyond The Wall? Why didn’t Cersei and Jaime just take cover under the arches, since those somehow withstood Dany’s attack? How could the Dothraki and Unsullied even hear Dany’s speech from hundreds of yards away? And how did Tyrion go from being a prisoner on trial for his life to nominating the new king… and then being named his right-hand man?

4 | When Charmed‘s Harry got defensive about Macy reading his thoughts, what did you think she learned? And are you among the fans hoping they’ll explore their chemistry in Season 2? 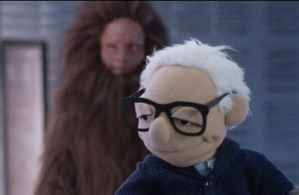 5 | On Legends of Tomorrow, was that Land of The Lost‘s Cha-Ka among the creatures Mona groomed? How much do you think Legends wishes it had a better grasp on its air dates so it could hjave made a Game of Thrones/dragon joke? Finally, on the timey-wimey front: The Legends “never” met Zari and she is forgotten, but The Flash‘s Nora “never” visited her parents yet is remembered?

6 | Exactly how many TV shows opened the gates of Hell (or at least tried to)  this spring? Supernatural, Lucifer, Legends of Tomorrow….

7 | On The Bachelorette, could ABC be regretting its choice of Alabama native Hannah B., who never stops gushing about how great her home state is (“Roll tide!”), at a time when many women — and many Bachelorette viewers — are angrily protesting the state’s abortion ban?

8 | Now that we’ve seen how The Fix‘s big murder actually played out… How did no one on/near the beach witness/notice that??

9 | Does your jaw still hurt from dropping when The Voice announced that so-so Gyth Rigdon had bested American Idol alum Dexter Roberts to take second place?

10 | Did Ziva’s shocking appearance NCIS make you instantly forget the finale’s weird and awkward moments, such as when Diane “inhabited” Gibbs [shudder] or when Kasie likened Fornell’s protectiveness of his daughter to Torres’ feelings for Bishop?

11 | As much as we love Oded Fehr as a baddie (such as on Blood & Treasure), when is someone going to cast him in a different kind of role? It’s been so, so long since Covert Affairs. 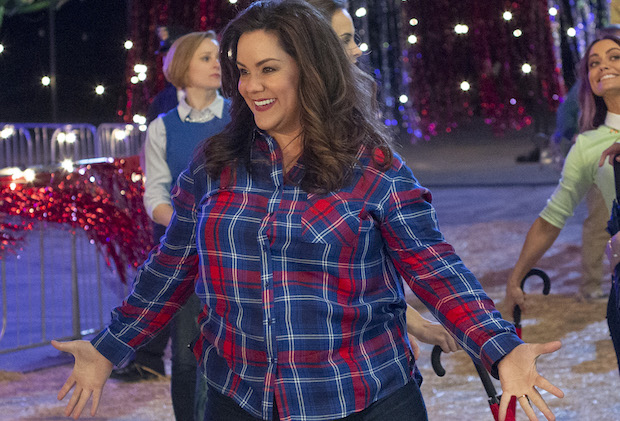 12 | How many of you finished American Housewife‘s musical finale saying to yourselves, “Wait — if most of the cast can sing like that, why don’t they include a showstopper every week?”

13 | Didn’t the finale of The Kids Are Alright — especially tough Peggy’s admission that she’d miss having Lawrence around — leave you annoyed all over again that there hasn’t been as much hoopla about its cancellation as there has Whiskey Cavalier‘s?

14 | On ABC’s Live in Front of a Studio Audience, does it blow your mind — as it does ours — to learn that Marisa Tomei is actually older than Jean Stapleton was when that All in the Family episode originally aired?

15 | Really, Whiskey Cavalier? Jai’s foot-long remote-controlled car wasn’t noticed by any of the guards/people it drove past?

16 | Should the Chicago Med and New Amsterdam writers start consulting each other, given that they both ended the season with characters getting Michael Vaughn’d and have medical directors named Goodwin?

17 | Were you surprised that Chicago Fire‘s Brett didn’t even need a couple minutes to think over Kyle’s marriage proposal (which would also mean leaving the Windy City behind)?

18 | After Chicago P.D.‘s Antonio relapsed and took a pill, are you betting on his absence next season being explained away by an overdose? 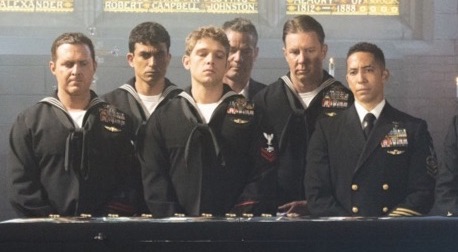 19 | Which SEAL Team member looked most jarringly different, shaved, with a haircut and in his Navy uniform — Sonny or Ray?

20 | On Jane the Virgin, how great were all the callbacks with the flower and the “Go Have Sex!” song and the sex scene cartoon?

21 | There are many annoying things about Fox’s Paradise Hotel, but is the most annoying thing the whiny theme song they play at every commercial break?