At least one thing will be different about The L Word when it returns to Showtime later this year: its title.

As previously reported, the sequel series — which received an eight-episode order in January — will reunite original series stars Jennifer Beals, Katherine Moennig and Leisha Hailey. Per the official logline, their alter egos will be alongside “a new generation of self-possessed LGBTQIA characters experiencing love, heartbreak, sex, setbacks and success in Los Angeles.”

Marja-Lewis Ryan (The Four-Faced Liar) will serve as showrunner and executive-produce with series creator Ilene Chaiken (who now runs Empire). Steph Green (The Americans) will direct the pilot.

“Marja has brought her unique and contemporary vision to The L Word and blended it beautifully into the fabric of Ilene’s groundbreaking series,” Showtime president Gary Levine previously said in a statement. “This revered show was both entertaining and impactful when it originally ran on Showtime, and we are confident that our new version will do that and more in 2019.”

The L Word: Generation Q is slated to begin production this summer for a Fall 2019 debut.

Scroll down to see the revival’s official poster, then drop a comment with your thoughts! 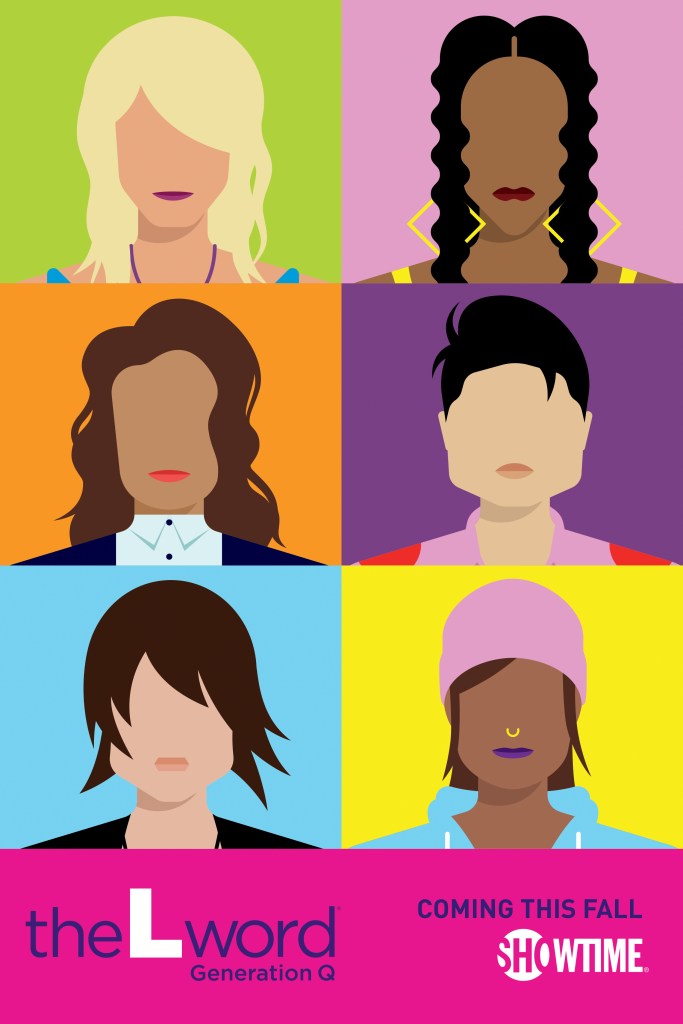