If we didn’t know any better, we might have mistakenly assumed that Connor and Ava are sticking around after Wednesday’s Chicago Med. The season finale — which marks stars Colin Donnell and Norma Kuhling’s final episode — doesn’t provide a ton of closure for the exiting characters, whose complicated relationship only gets more messy in the episode.

After Nina informs Connor that his dad died from an overdose of synthetic insulin, the doc is back to giving Ava the suspicious eye during surgery on Phillip’s daughter. After the operation, Ava once again reaches out to Connor and offers her condolences. There’s nothing keeping them apart now that Cornelius is gone, she notes.

Connor, however, is on a totally different page. “We’re finished. That’s it!” he exclaims, but never brings up his father’s cause of death. That does not sit well with Ava, who angrily responds, “You ungrateful prick. Rot in hell.”

So did Ava do Connor a favor by eliminating his dad from their problems? Or is she innocent? Unfortunately, that exchange is the last scene featuring the departing twosome, so the storyline remains as ambiguous as ever.

The episode’s other big takeaways and events: 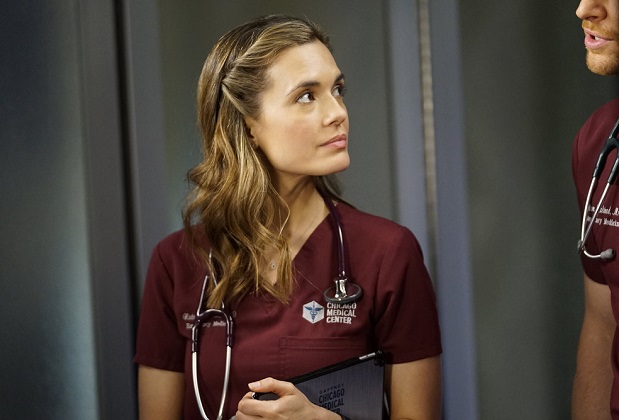 * Will’s FBI agent girlfriend Ingrid informs him that Tim Burke — son of the mobster Will helped put away — is out of prison. She suggests that Will relocate out of state, but he decides not to go. He’s tired of being afraid and running away, Will explains to Ingrid, who realizes it’s really about Natalie. Meanwhile, Phillip has been dating Natalie all of two minutes, so naturally, he’s already picked out an engagement ring! “Um… it’s a very nice ring,” a flabbergasted Connor responds when Phillip shows him the bling. As Phillip prepares to pop the question, Ingrid interrupts to tell Nat that Will refuses to leave because of her, and that she would be a fool not to take him back. Natalie gets in Will’s car to apologize, at which point they’re T-boned by Burke and Nat is sent flying out of the vehicle. The episode ends with Will cradling his unconscious ex in his arms, crying for her to wake up.

* Big news day for Ethan: His sister Emily is shacking up with Bernie’s wife and daughter, which even Ethan admits “might actually be the best solution” for his stability-challenged sis. Oh, and April’s period is late!

* After the woman whom Maggie donated her kidney to comes into the hospital with a tumor, Maggie learns that she is the one who might have breast cancer.

* Dr. Charles and Caroline plan to get married in Honolulu, but Robin doesn’t think it’s a good idea given her mom’s deteriorating health. Charles brushes off his daughter’s concerns, then orchestrates a luau-themed wedding on a boat, where the couple tie the knot.

What did you think of the season ender? Grade it via the poll below, then hit the comments!