Joshua Jackson will soon be tending to Little Fires Everywhere: The Affair grad has been cast as the male lead opposite Reese Witherspoon and Kerry Washington in Hulu’s highly anticipated limited series.

Based on the Celeste Ng bestseller, the ’90s-set drama “follows the intertwined fates of the picture-perfect Richardson family and an enigmatic mother and daughter who upend their lives. The story explores the weight of secrets, the nature of art and identity, the ferocious pull of motherhood – and the danger in believing that following the rules can avert disaster,” according to the official logline.

Jackson is set to play Bill Richardson, husband to Witherspoon’s strong-willed matriarch Elena. Bill is described as an attorney who hails from modest means. He agrees to represent family friends in a bitter custody battle. 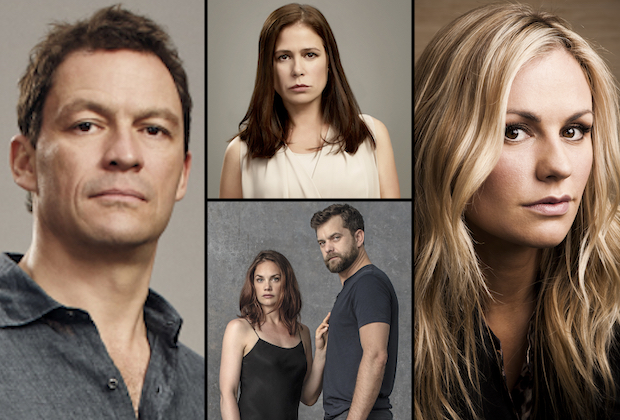 In addition to Little Fires Everywhere, Jackson stars in the upcoming Netflix miniseries When They See Us, a four-part examination of the Central Park Five case. It is set to premiere Friday, May 31 (watch trailer).

As previously reported, Jackson will not return to Showtime’s The Affair in a series-regular capacity. In fact, it is unclear whether he will appear at all during the future-set fifth and final season, which is expected to premiere later this year.

A premiere date for Little Fires Everywhere has not yet been announced. In the meantime, hit the comments and tell us if Jackson’s casting piques your interest in the Hulu drama.