It’s been nearly a week since we said goodbye to Jace and Clary (and they to each other), and fans are still trying to process how they feel about Shadowhunters’ open-ended conclusion.

The overall consensus seems to be that the finale felt slightly rushed, which is a fair criticism, since the show had to literally condense a season’s worth of storylines into a 2.5-hour event. But for the most part, it gave us everything we could have wanted, from an emotional “Malec” wedding to some long-overdue “Sizzy” action — all of which would have been explored in greater depth had the show been renewed for a fourth season.

The real point of contention, at least according to tweets and comments from TVLine readers, seems to be Jace and Clary’s bittersweet ending. One year after having her runes and memories stripped by the angels — punishment for disobeying their orders and creating a rune to kill Jonathan — Clary has grown into the successful artist she dreamed of becoming when we met her in the pilot. And although she isn’t supposed to remember anything about her time in the Shadow World, she recognizes and confronts Jace when she spots him at one of her art shows. Thus, a new love story is born… again.

As far as I’m concerned, this is the best ending these two could have hoped for, given the realities of their situation. Sacrifice has always been a major theme on this show, so it made sense for Clary to have to give up what she loved most in order to fulfill her destiny. The fact that she and Jace still ended up together in spite of that was a welcome treat that I wasn’t expecting.

Unfortunately, not everyone agrees with this. “Clace deserved better” was a popular response in the comments of our initial finale article, with one reader even calling the ending a “slap in the face” to those who ‘shipped the couple from Day 1. So here’s my question: What exactly would have been “better”?

As co-showrunners Todd Slavkin and Darren Swimmer explained in an interview with TVLine, Clary recognizing Jace proved that their love is more powerful than the angels’ desire to keep them apart. They also acknowledged that it’s now entirely up to our imaginations what the future holds for the couple, so I’m choosing to believe that this reunion will inevitably result in Clary’s return to the Shadow World.

All that aside, I can’t think of many TV characters more deserving of a reset button. Just think about all of the trauma Clary has endured during the past three seasons, from having to kill her own father (twice!) to unknowingly kissing her own brother. Forget runes — these are the types of experiences that leave scars. 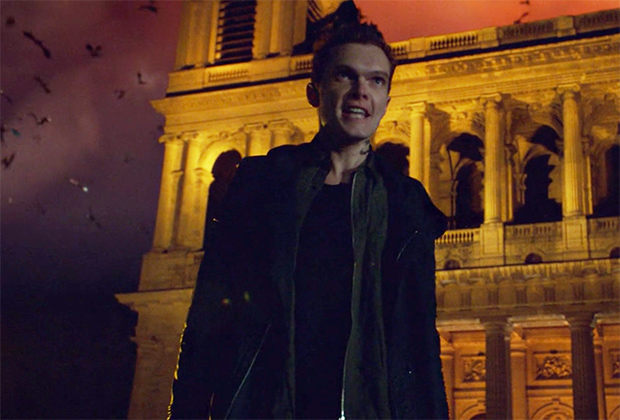 If we must nit-pick, I suppose my only issue with Clary’s memory wipe is that it’s somewhat unclear exactly how much of her old life she forgot. Sure, she wouldn’t remember Simon the vampire, but what about the years of friendship they shared prior to his transformation? What does she think happened to her best friend? And to her mother? And to Luke? I appreciate that Jace and Clary’s love is more powerful than the angels, but he wasn’t the only supernatural being with whom she shared a bond.

How do you feel about Jace and Clary’s twist ending, now that you’ve had some time to digest it? Drop a comment with your thoughts below.